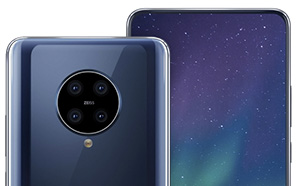 Following a series of entry-level releases, Nokia’s parent company HMD Global is now gearing up to launch its first flagship for 2020 -- possibly dubbed the Nokia 9.2. It’s more than likely that ‘Nokia 9.2’ is simply a working title and not the finalized one. Ahead of this launch, though, a set of leaked renders give us a peek into the phone’s design language and its innovative oreo-shaped camera module -- more on that in a few. 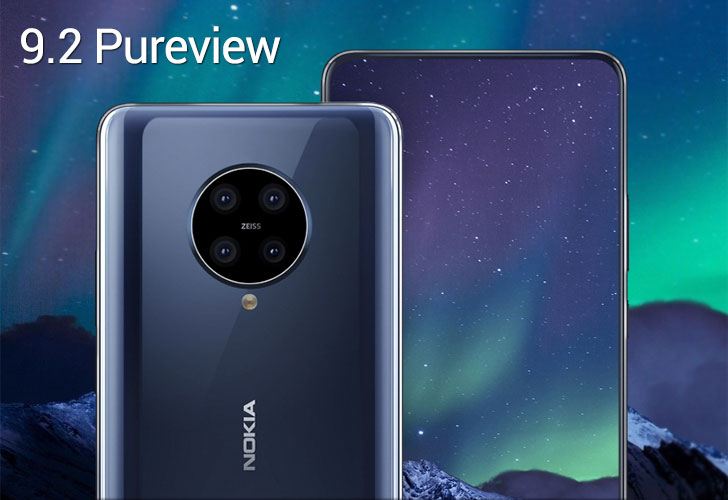 The leak comes from BenGeskin, portraying the purported Nokia 9.2 in all its glory. It has an all-screen display, with its inconspicuous slim bezels. The front panel is a POLED screen that measures 5.99 inches and produces a 2K resolution. The PureDisplay is layered with Corning Gorilla Glass 6 to protect it from damage.

As for the build, the 9.2 is sports an aluminum frame sandwiched between two glass panes. There’s no punch-hole or notch to be spotted, and some sources point to a 24-megapixel selfie camera hidden under the display. Note that so far, the only working under-the-display selfie camera debuted with APEX 2020. But since it’s a concept phone not meant for production, Nokia 9.2 would be the first commercial device to feature this futuristic tech and if Nokia Prices it right the handset has the potential to attract the users. 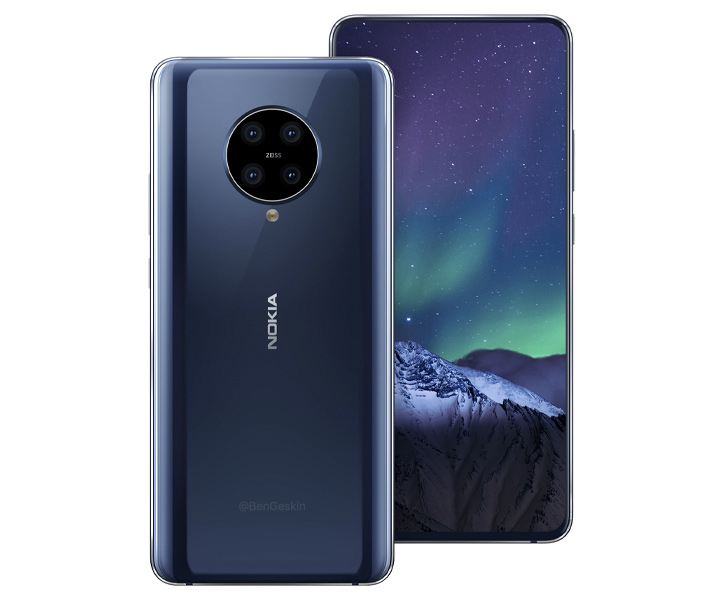 Embedded inside the real shell is an ‘Oreo-style’ quad-camera in a square-ish layout. Each camera is a 13-megapixel Zeiss optics module. As seen in the renders, the back panel comes in a glossy purple gradient, with Nokia’s branding in its dead center.

Under its hood, the phone is to be powered by a Snapdragon 865 mobile platform, allowing for 5G connectivity. Interestingly enough, the upcoming Nokia 9.2 will mark HMD Global’s first 5G-ready product. Coupled with this chipset is 6GB/8GB of previous-gen LPPDDR4X RAM and 128GB/256GB of native storage. If you go by the specification sheet alone, the model is shaping up to be your standard 2020 flagship.

Gizchina reports that the phone will draw juice from a 4,500 mAh cell with support for Qi Wireless Charging. Nokia Price and release schedule is a mystery as of yet, but we’ll keep you apprised as more details become available.