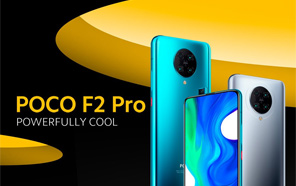 After what seems to be a never-ending promotional campaign, the Xiaomi sub-brand Poco has unveiled the Poco F2 Pro at a flagship-level Xiaomi price point. And despite a Poco executive announcing that it won’t be a rehash, the flagship is, in fact, a Redmi K30 Pro 5G. In the first phase, the company has released the phone in Malaysia, and other Asian markets should follow soon, hopefully, including Pakistan. 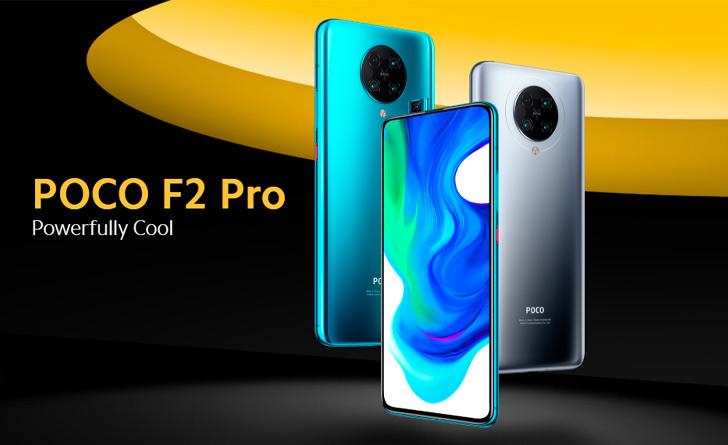 Since the Poco F2 Pro is a renamed Redmi, there’s nothing new in terms of either design or build. You get a 3D rear-facing glass panel, that is chamfered, and curved around the edges and the corners.

It’s painted in a solid embossed gradient that comes in Cyber Grey, Electric Purple, Phantom White, and Neon Blue. A circular camera bump juts out the panel, housing a quad-camera in an X-shaped layout. A silver ring bounds the entire camera setup, and an LED flash resides on it. 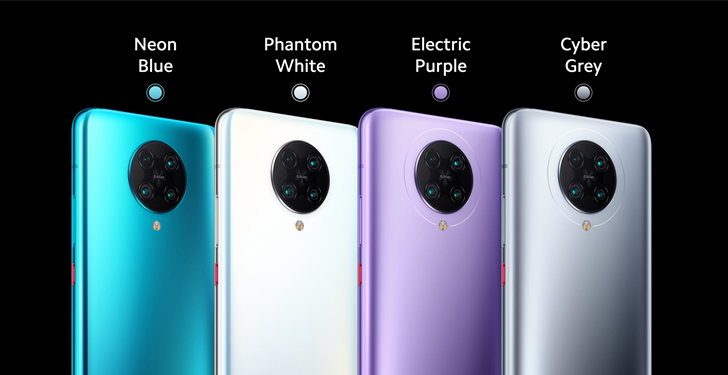 Flip it over to meet a gorgeous true Full-Screen display, uninterrupted by either notch or a punch-hole. The front-facing camera is mounted on the motorized pop-up module; combine it with its slim bezel profile and you get an incredible 92.7% screen-to-body ratio. The display itself is an AMOLED panel that stretches 6.67” across and delivers an FHD+ resolution. 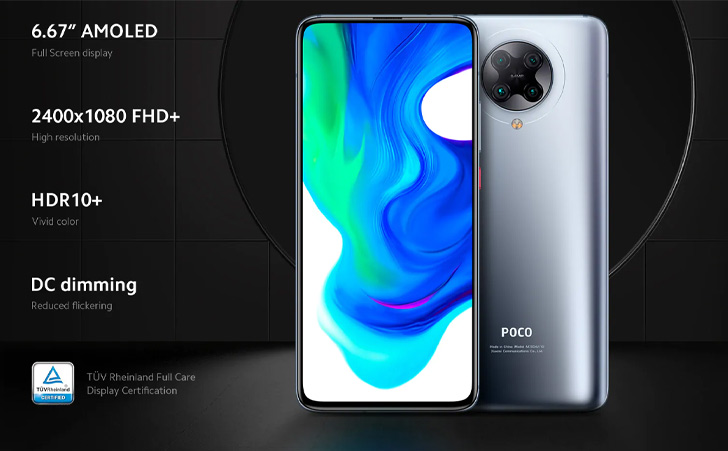 The camera uses four different lenses: a 64MP Sony IMX686 sensor, coupled with a 13MP ultra-wide-angle camera, a 5MP tele-macro sensor, and a 2MP depth sensor. The front-facing camera has a 20MP sensor behind it. This AI-powered ensemble allows you to shoot in 8K and capture shots as wide as 123 degrees.

Given its flagship title, you can expect first-rate performance out of Poco F2 Pro, and it delivers – on paper at least. A Snapdragon 865 processor with its 7nm wafer and Adreno 650 GPU handles the number-crunching. Poco has equipped it with current-gen LPDDR5 memory and UFS 3.1 flash storage available in 8GB + 256GB and 6GB + 128GB options.