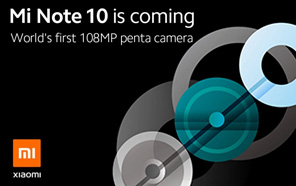 Following weeks of leaks, rumors, speculations, and official teasers, the Mi CC9 Pro with 108MP Penta-Camera setup has perhaps become Xiaomi’s most heavily anticipated smartphone this year. After TENNA certification, now it's confirmed to be unveiled in China as Xiaomi Mi CC9 Pro on November 5, and as Mi Note 10 in the international markets on November 14. 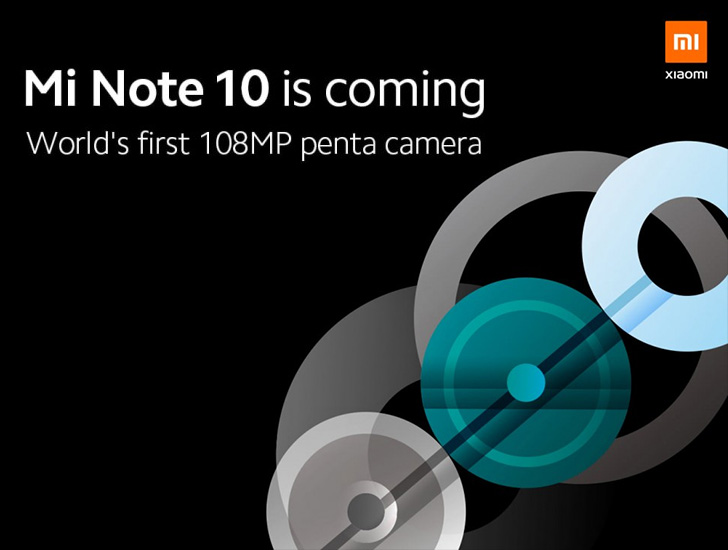 From the looks of the upcoming Note 10, Xiaomi opted for a vertical pill-style strip to house three of the lenses, while the remaining two reside outside the pill-shaped band. TENNA corroborated the leaks regarding the 108-megapixel primary camera, but it didn’t reveal the details for the other four sensors. That said, earlier leaks point to a 20-megapixel wide-angle shooter, rounded off by a 12-megapixel depth sensor.

A promo render showcases a white-hued variant of Xiaomi Mi Note 10 AKA the Mi CC9 Pro, while a separate promo video shows off the phone’s incredible 50X zoom capabilities. On the top left corner of the device, sits the world’s first 108-megapixel camera package.

Mi Note 10 will be sporting a 6.47-inch OLED display which produces an FHD+ resolution, coupled with a water-drop notch serving as housing for the 32-megapixel front-facing selfie camera. While the CC9 Pro does bring new dimensions to phones with its hardware innovations (more on that in a moment), Xiaomi’s decision to stick to a now-common drop notch is somewhat of a letdown.

As for the raw spec sheet, the phone flaunts some impressive internal hardware at a high Xiaomi Price tag. You’re looking at a Snapdragon 730G chipset featuring a pair of Kryo 470 Gold processors clocked at 2.2 GHz, alongside 6 more Kryo 470 units. 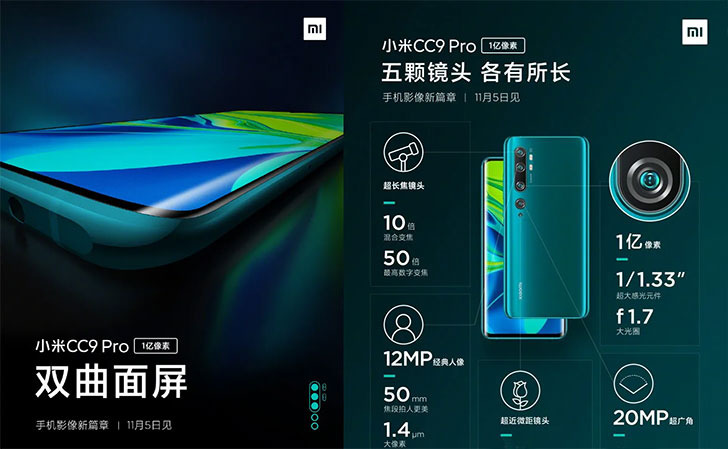 You get three memory configurations, with up to 256 GB of onboard storage combined with an outstanding 12 GB of RAM. The base variant will offer 6 GB of RAM and 64 GB of native storage, whereas the mid-tier version will rock an 8 GB/128 GB combination. Powering this beefy hardware is an equally powerful 5,170 mAh battery.

Xiaomi has also announced that this flagship will sell under the Mi CC9 Pro moniker in China, but it will be rebranded as Mi Note 10 outside Chinese markets. Put another way, the phone will be arriving in Pakistan as the Mi Note 10.