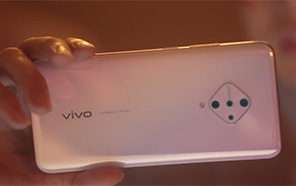 A set of live images earlier revealed a second Vivo offering to sport a diamond-shaped housing for the rear cameras. The report claimed that this upcoming handset -- V17, will soon hit Indian and Russian markets but bearing the model number Vivo 1919, this mid-ranged Vivo has also secured an NBTC certification, pointing to imminent launch in Thailand as well. But prior to this release, Slashleaks published footage from the music video of the Vietnamese artist MV, which shows the new Vivo V17 smartphone.

We’ll kick things off with perhaps Vivo V17's most uncharacteristic feature -- the camera bump. Somewhat borrowed from Vivo S5 but not identical, the V17 shows off a rounded diamond-ish camera design with the quad-camera setup embedded in it. Three of these lenses are aligned vertically, while the fourth one is placed at a corner.

The LED flash resides beneath the protruding module but there’s no capacitive fingerprint scanner visible, pointing to an in-display fingerprint reader. As for the pixel count, you’re likely looking at a 48-megapixel primary unit, rounded off by an 8-megapixel ultra wide-angle shooter, and two unknown 2-megapixel sensors. On the front, you get a 32-megapixel Vivo selfie snapper housed inside a dew-drop notch. 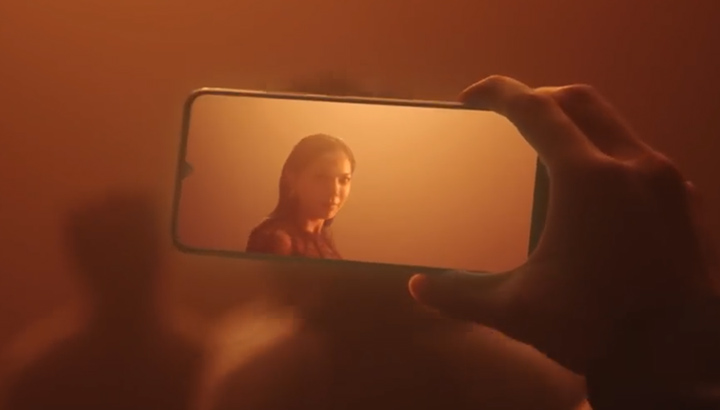 The V17 by Vivo will debut with two different variants dubbed: V1945A/T and Vivo V1945A/T, each with their own memory configuration and price tag. The design remains identical, with a 6.38-inch AMOLED display that produces an FHD+ resolution. 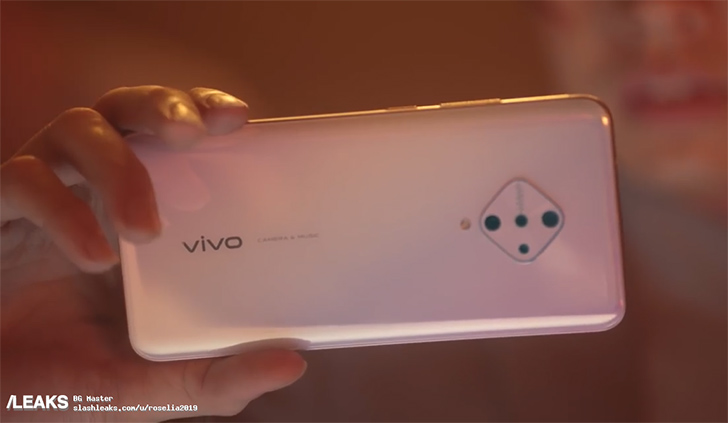 The SoC is kept under the wraps but both models feature some robust internals. You can pick between 6 GB and 8 GB RAM variants, combined with either 128 GB or 256 GB of onboard storage. The former model draws power from a 4,390 mAh battery whereas a 4,500 mAh cell supplies power to the sibling.

WhatMobile has also reported earlier that Vivo will be discontinuing the Vivo V17 Pro in India owing to its poor sales and it hopes to replace it with this new V17. Speculations suggest that the phone will be hitting store shelves by the first week of December and it might retail for roughly $350. Following this release, a launch in Pakistan won't be far off. How well do you think this reboot will measure up against its competitors?