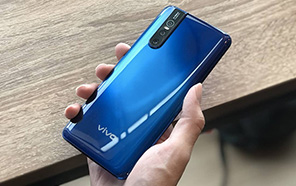 The Chinese manufacturer Vivo has once again surprised everybody with the launch of the new V15 and V15 Pro. Vivo's first bet of the year on the mid-range segment that promises to give some major headaches to the competition. Not only the specs are amazing but the design also represents a great leap in the evolution of upper mid-range smartphones. 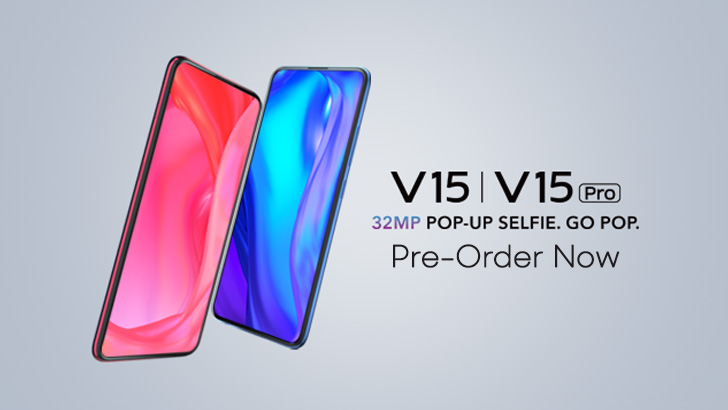 Though the Vivo V15 and V15 Pro are launching on 14th of March in Pakistan, the company has already started the pre-bookings and delivery for the pre-orders will begin by 14th of March. The handsets are available to preorder offline at all Vivo retail shops with a token of 3,000 Rs. All pre-subscribers will also get a free goodie box.

The Vivo V15 packs a Helio P70 chipset and comes with a configuration of 4GB RAM and 64GB storage. It has got the same 32MP selfie 'pop-up' camera as the V15 pro but instead of a 48MP main sensor, the Triple rear camera setup consists of a 12MP main + 8MP ultra-wide + 5MP depth sensors. 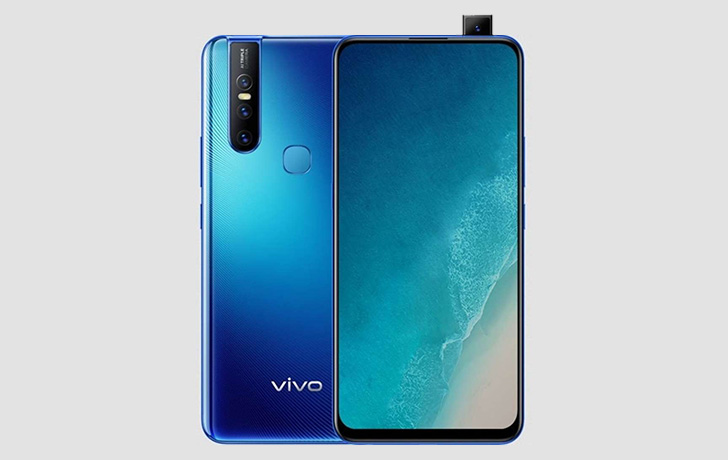 The handset is slightly bigger and bulkier then than the Pro variant, probably that's why it gets away with a larger 6.53 inch IPS LCD display and a bigger 4000mAh battery. The handset also does not feature an in-display biometric sensor and rather comes with a rear mount fingerprint reader.  Also, The V15 by Vivo will only be available in Blue color.

The Vivo V15 pro, on the other hand, arrives with a 48MP main + 8MP + 5MP triple rear camera and 32MP selfie 'pop-up' camera. The Super AMOLED display screen is however slightly smaller at 6.39 inches. The smartphone also stands out as the first smartphone to come equipped with the Qualcomm Snapdragon 675 processor along with a staggering 6GB of RAM and 128gigs of internal storage. 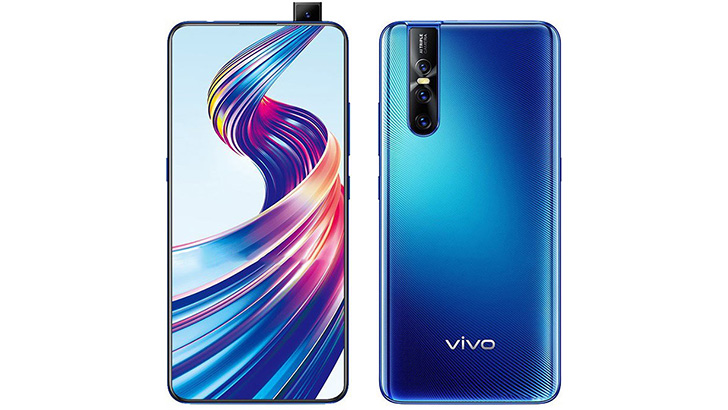 This is a processor that has already proven its capabilities in various performance tests, putting itself theoretically ahead of even the more advanced ones like the Snapdragon 710. V15 pro by Vivo comes with an in-Display fingerprint reader and a 3700mAh battery. the color options available are Topaz blue and coral red.

Before speaking wonders about the new mid-rangers, I must point out an imperfection here. Despite revolutionizing an entire segment, Both of the V15 variants feature a micro-USB port for charging. No argument can justify the manufacturer's choice at a time when USB-C has become so common.

Both V15 and Vivo V15 Pro pack innumerable camera functionalities, almost all related to artificial intelligence. Among the various modes, you get  AI Super Night Scene, AI Super Wide-Angle and also AI Body Shaping. Yes, the last one is a kind of a Beauty Mode but instead of the face in the picture, it works on your body to make you look like a supermodel.

Although the pre-orders are now on, the official price has still not been revealed in Pakistan. The Vivo V15 is expected to cost around 50,000 Rupees while the V15 pro can have a price tag of 60,000+. Both the handsets will get launched on 14th of March in Pakistan and will be available for sale in the market on the very same day.