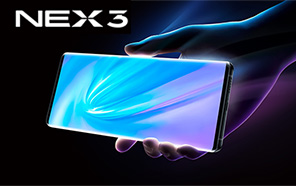 Apart from the Vivo V17 Pro, soon to be unveiled in Pakistan another Vivo flagship offering, the Nex 3 has also been making waves on the internet. The handset is a pure masterpiece, from its unique Waterfall display to its cutting-edge performance and cameras. And as of now, thanks to the support for Google services, Vivo is a step ahead of Huawei – whose latest flagship model Mate 30 ships without Google Apps. 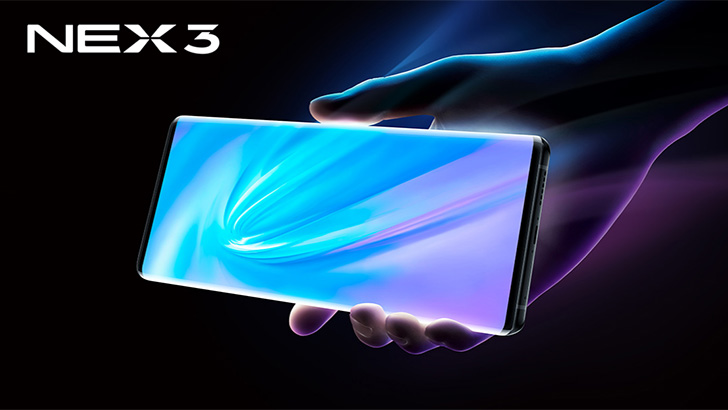 Vivo Nex 3 was unveiled last month but it hadn’t hit the store shelves yet. One of the variants was available for pre-booking since September 28, but starting from today, the handset will officially go on sale in China – including the version carrying 12 GB of RAM.

Nex 3 sports a gorgeous 6.89-inch SuperAMOLED FHD+ Waterfall display. Essentially, Vivo lopped off physical buttons which allow the display to extend edge-to-edge to an angle of 90 degrees. The chin and the forehead of the phone are wafer-thin, while the side bezels are next to non-existent owing to the so-called ‘Waterfall’ display and a notch-less build. This unique arrangement permits for a jaw-dropping 93.6% screen-to-body ratio. 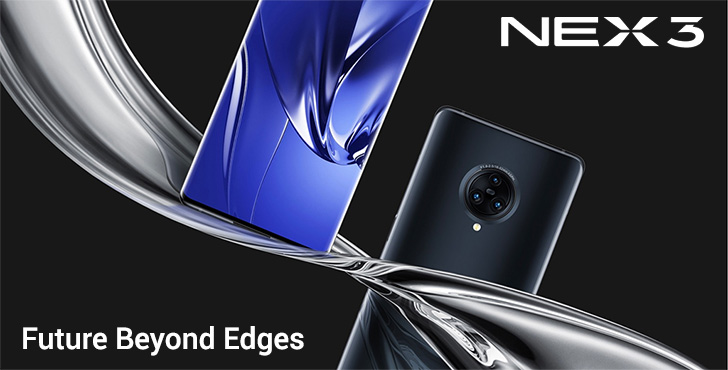 The internals of Nex 3has been grabbing headlines as well. The 8 GB variant managed to amass 500k points on AnTuTu Benchmark which currently lists it as the world’s fastest phone. It is powered by a Snapdragon 855+ processor combined with up to a whopping 12 GB of RAM.

It draws power from a 4,500 mAh battery which comes with support for 44W fast-charging. It is running FunTouch OS 9.1 layered Android Pie (9.0). FunTouch OS can feel bloated and cluttered at times, which sometimes does take a toll on performance, but the phone is just as snappy as any other flagship out there. 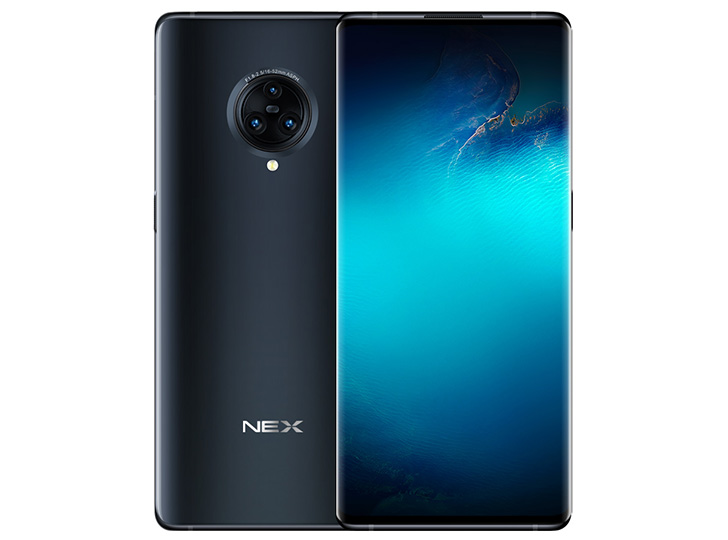 Instead of a rear-mounted fingerprint sensor, Vivo Nex 3 packs an in-display fingerprint reader. Speaking of which, the rear-optics package is a triple-camera setup housing Vivo’s first 64 MP lens. The other two sensors are a 13-megapixel ultrawide and telephoto lens.

Nex 3 ships with native 5G support and is available two stunning color options, namely: Black and Blue. With this host of trailblazing features and build, it won’t be far-fetched to call this smartphone a game-changer. The 12GB RAM version goes on sale in China for CNY 6,198 which means that it'll cost somewhere around 140,000 Pakistani rupees. The 4G variant with 8GB RAM, however, is expected to cost about 110,000 PKR provided if it does manage to land in Pakistan.