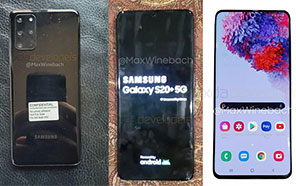 For those of our readers who don’t know, the Korean giant has announced that it will be unveiling the Samsung Galaxy S20 trio at a launch event on February 11, and so far, Apart from the Samsung Prices, we’ve got a pretty good ‘feel’ for what this lineup has to offer specs-wise. But with the launch event less than a month away, the complete spec sheet for all three variants has finally been leaked online. Let’s take a closer look. 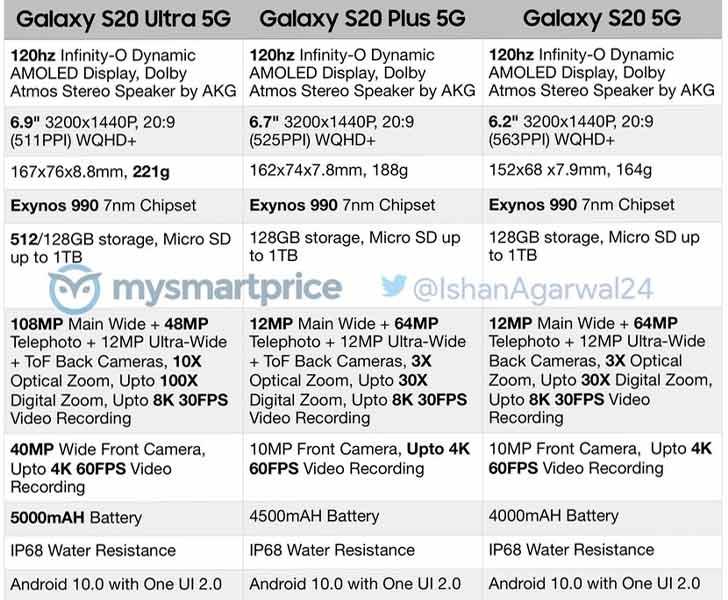 The specification sheet in question only details the European variants – that is, the S20 models that feature Exynos chipsets, instead of Snapdragon ones. The trio brings 5G connectivity and an Android-10-based OneUI 2.0

The base variant of the Galaxy S20 lineup sports a 6.2-inch Infinity-O Dynamic AMOLED display that produces a 1440x3200 resolution at a 120 Hz refresh rate. But speculation has it that this refresh rate can only be enabled if you switch to a lower FHD+ resolution.

The primary 12-megapixel camera is carried over from last year’s Galaxy S10 and combined with a 64-megapixel telephoto unit and a 12-megapixel ultrawide-angle sensor. The build is 7.9 mm thick and weighs 164 g. 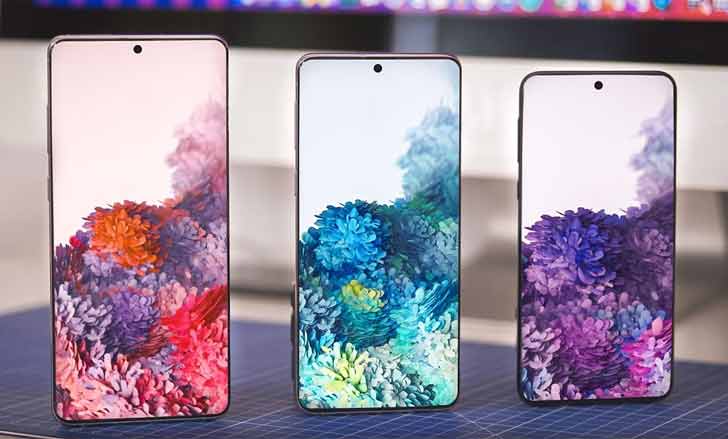 The ‘Plus’ variant borrows its design language and the entirety of its specs sheet from the vanilla Galaxy S20, save for its screen size and battery capacity. Instead of a 6.2-inch display, you’re looking at an identical but larger 6.7-inch screen. And as opposed to a 4,000 mAh battery, you get 4,500 mAh of power. 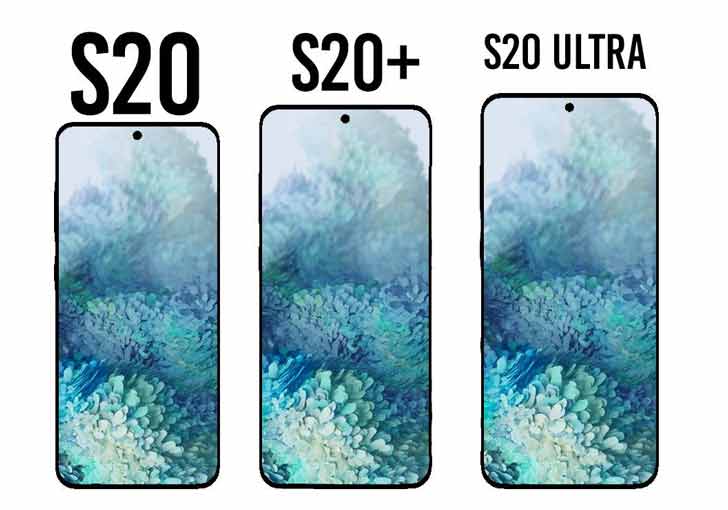 The Galaxy S20 Ultra is the flagship of flagships. With its 6.9-inch WQHD+ screen that produces a 120 Hz refresh rate, this premium flagship may yet be the finest Samsung screen to date. The chipset remains the same, but you get up to 512 GB of onboard storage (you can also pick a 128 GB configuration).

The long-rumored 108-megapixel primary shooter is rounded off by a 48-megapixel telephoto sensor, a 12-megapixel ultrawide angle module, and a ToF sensor. You get up to 10X optical lossless zoom and up to 100X digital zooming. You are also looking at a bump in the battery department. The S20 Ultra is powered by a beefy 5,000 mAh battery, and (hopefully) some impressive fast-charging capabilities to boot.