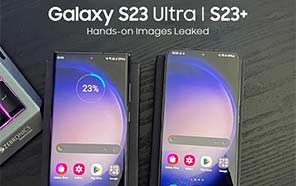 Samsung Galaxy S23 Ultra and S23 Plus Leaked With Live Shots and Feature Previews; Have a Look

Samsung Galaxy S23 series has been making headlines left and right, especially now, since the manufacturer has started teasing S23, S23 Plus, and S23 Ultra. The unpacked event bound to host their release is only days away, and ahead of that, S23 Plus and Ultra have popped up in leaks with live shots. Have a look. 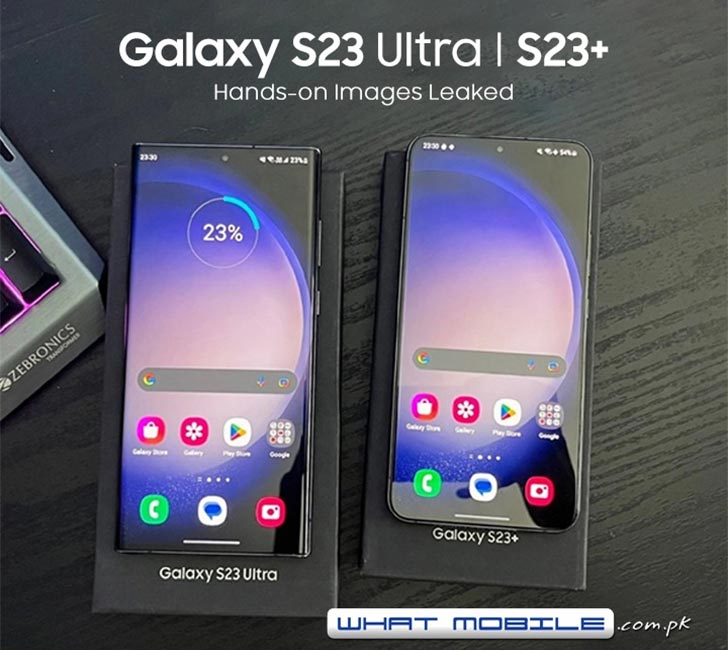 Instagram and Facebook stories by @kmcell_store gave away the live previews of Galaxy S23 Ultra and S23 Plus. Apart from trimmed bezels, both models look identical to their parents. With their deep inky black colors, it’s hard to discern their bodies from the screens at first glance.

These images reinforce the rumor mill’s 200MP camera theory on S23 Ultra and 8K support with 30FPS recording. Shots capture the camera viewport of the Ultra, confirming both of these exclusive traits. 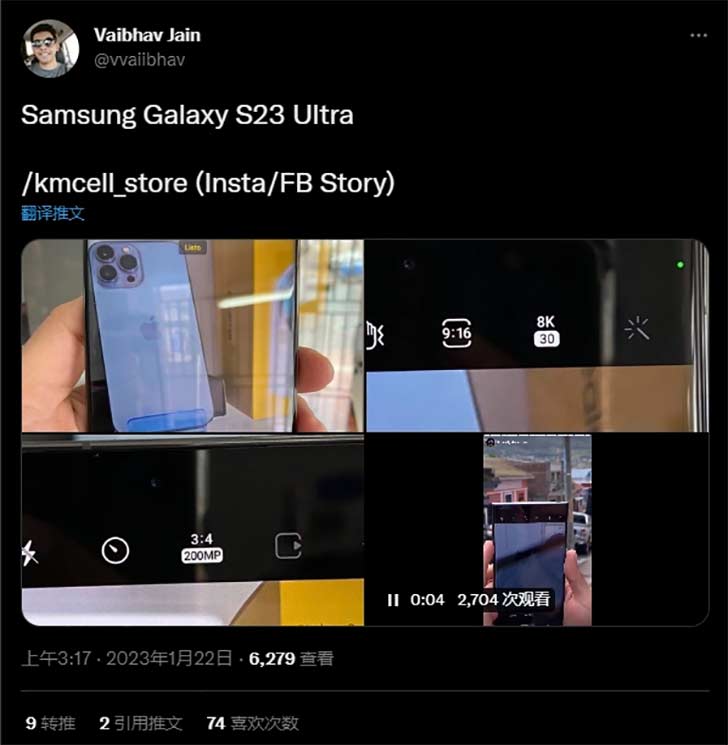 The tipster Ice Universe and others have previously confirmed that the Samsung Galaxy S23, Galaxy S23 Plus, and Galaxy S23 Ultra house high-frequency Snapdragon 8 Gen 2 SoCs, UFS 4.0 storages, and LPDDR5X memories. These specs will translate to ultimate performance in boot speed, app launches, and battery timing. 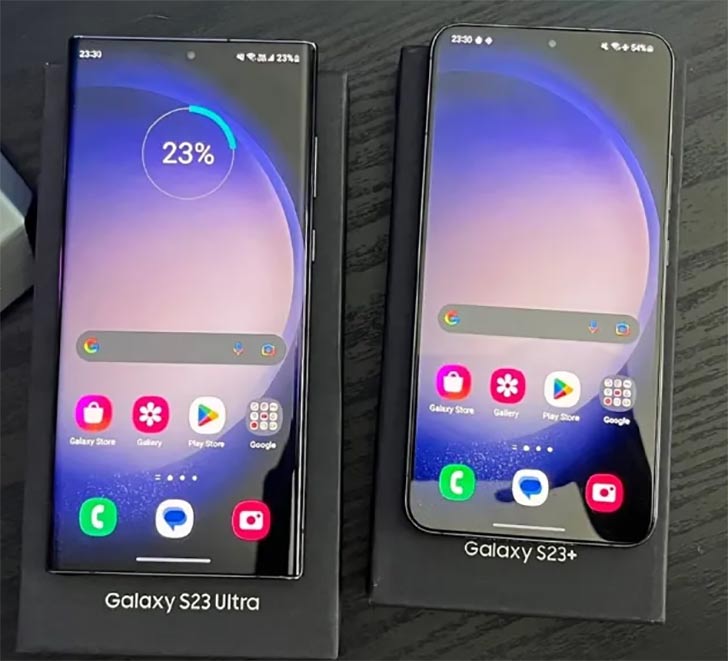 Apart from its primary 200MP camera, its P-shaped lens assortment holds three secondary sensors at 12MP + 10MP + 10MP. Ultra’s storage variants will include a 1TB option paired with 12GB RAM. Its pricing details and availability have yet to unwrap. The new Galaxy trio will debut on February 1st at the Unpacked Event 2023.