The upcoming Samsung Galaxy Quantum2 goes on pre-sale on April 13, following which it hits store shelves on April 23. Outside South Korea, the phone will be debuting as the Galaxy A82 5G. Although it won’t be unveiled officially until the pre-order window begins, Quantum2 was leaked in hands-on photos. 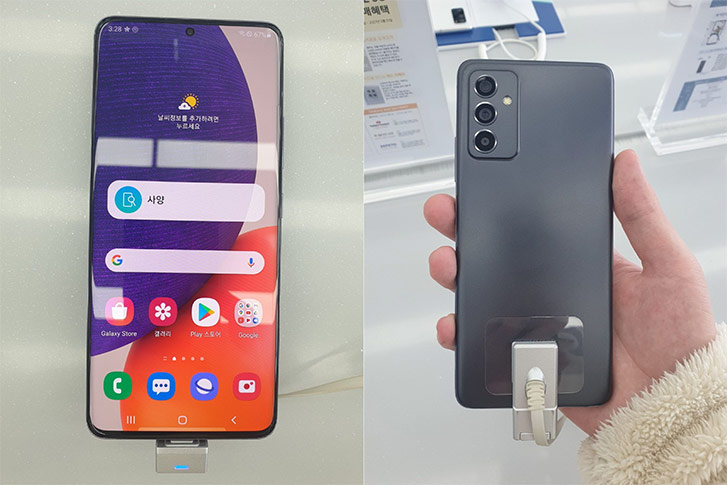 The Galaxy A80 was one of Samsung’s most unique designs, featuring a flip-over camera mechanism for an all-screen experience. But its successor, the Samsung Galaxy A82 / Quantum2, adopts a far more vanilla build. The photos first surfaced on the Chinese microblogging Weibo.

We’re looking at an even, slim bezel around the panel and a hole-punch cutout in its center. Flip the Galaxy A82 over to find a satin matte finished back and ringed cameras. This shell will be available in at least two editions, charcoal, and white. 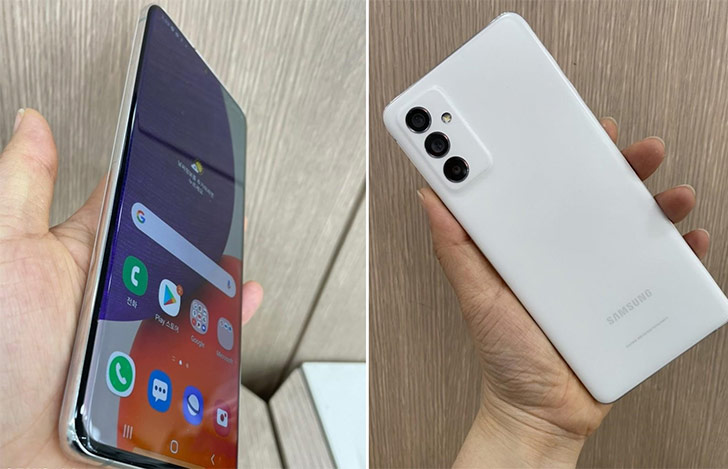 New Samsung mobiles in 2021 carry some aggressive specifications. Based on leaked specifications, the Quantum2 or the Ggalaxy A82 has a 6.7” Dynamic OLED display that produces a WQHD+ resolution at a smooth 120Hz refresh rate. The front camera embedded inside the O-hole is 10MP. Around the back, there’s a 64MP f/1.8 lens that supports optical image stabilization, a 12MP ultra-wide lens with a 123° field-of-view, and a 5MP sensor for macro photography.

Samsung Galaxy A82's Snapdragon 855+ chip is at the heart of Galaxy Quantum2 — a revamped version of the Snapdragon 855 from late 2018. It works with 6GB of memory, 128GB of storage, and a 4500 mAh battery that can fast-charge over 25W. Plus, you get support for storage expansion and an on-screen fingerprint scanner.