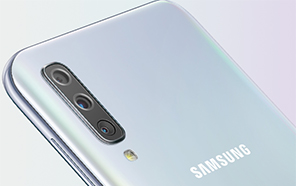 In addition to the Galaxy A90 spotted earlier, the South Korean company has yet another A series smartphone up its sleeves known as the A60. Today a fresh leak has revealed the full specs of the upcoming Samsung Galaxy A60. The handset has a 3D Glasstic body with glossy finishing that makes it appear like its made of glass. Instead of a biometric sensor on the the back the device features an in-display fingerprint sensor. 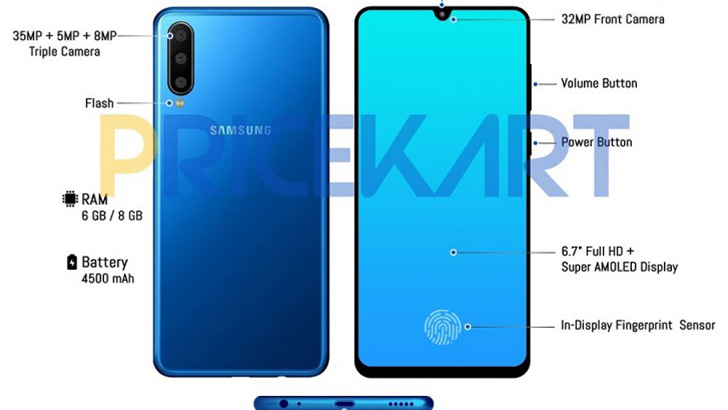 According to the leak, the Samsung Galaxy A60 will be equipped with a 6.7-inch Super AMOLED display that ensures a Full HD Plus resolution. Similar to the Galaxy A50's water drop notch, Galaxy A60 comes with an Infinity-U display. The phone is powered by Qualcomm Snapdragon 675 SoC chipset that supports 6GB or 8GB of RAM. 128 GB of internal memory is provided for the storage. The phone runs on the latest Android 9.0 Pie operating system with One UI on top.

The additionally leaked images reveal the Triple-Cam to be arranged vertically, placed in the upper left corner of the Galaxy A60. A USB Type C port resides at the bottom, as usual, flanked by a 3.5mm headphone jack, microphone and speaker.

Additionally, The Triple rear camera consists of a 35MP main + 8MP wide and 5MP depth sensors. The selfie camera is a based on 32 MP Sensor. The device has 4500 mAh battery that supports 15W fast charging as we saw in the Galaxy A50 smartphone. its too early to predict the price of the smartphone, nor do we have any word on the launching dates yet. but most likely it is expected to reach the Pakistani market in the mid of 2019.