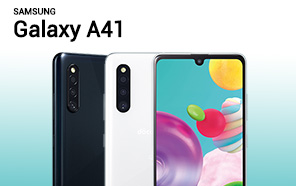 Last year’s Samsung Galaxy A40 was one of the best-sellers in Europe — which is why it’s successor, the Galaxy A41 has been heavily anticipated ever since early leaks start pouring in January. The phone has finally been officially announced in Japan, but it won’t be available in stores until June. 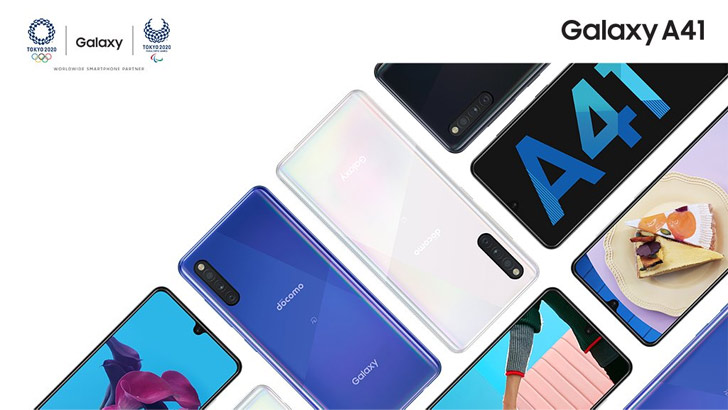 Let’s talk about design. Samsung Galaxy A41 sports an almost bezel-free look that includes a circular notch extending into its 6.1-inch Super AMOLED display. The screen houses a hidden fingerprint reader and produces an FHD+ resolution. You get a tall 20:9 screen-to-body ratio and a decent 431 ppi pixel density.

As for the build, the Galaxy A41 features a polycarbonate chassis and back panel (which isn’t typical of mid-range models). The rear shell is glossy with chamfered edges and comes in blue, black, and white colors. On its top left corner, you find a triple camera setup. Interestingly enough, it isn’t housed inside a rectangular housing, which we’ve seen in more and more recent Samsung phones. Instead, you’re looking at vertically stacked multiple cameras. 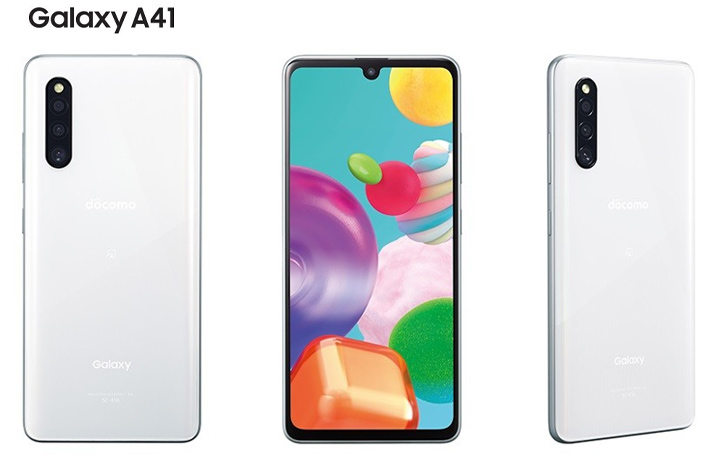 The primary lens on A41 is a 48MP shooter, paired with an 8MP ultrawide angle camera, and a 5MP depth-assist sensor. For capturing selfies, the Galaxy A41 carries over the impressive 25MP shooter from its predecessor. The triple is a considerable step up from last year’s 16MP-powered twin camera at a mid-ranged Samsung price tag. 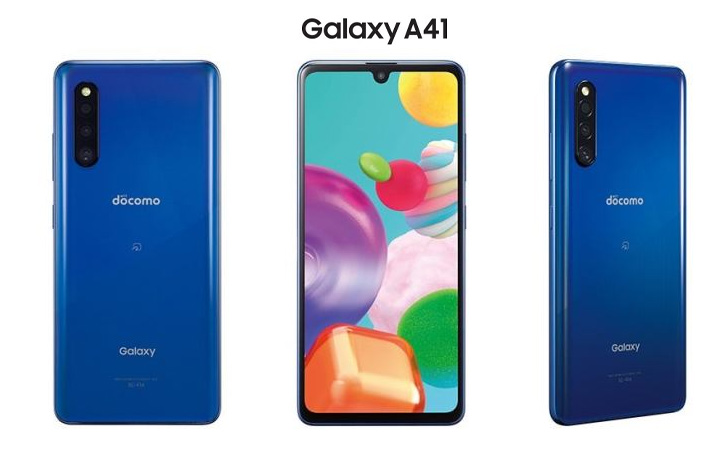 Internals under the hood, however, are a different story. Samsung A41 promises you entry-level performance, at least on paper. A MediaTek Helio P65 chip, which was introduced last year, powers the device, and it is combined with 4GB of RAM and 64GB of onboard storage (expandable up to 512GB). The SoC is connected to a modest 3,500 mAh battery with support for 15W fast charging. The hardware runs on Android 10 with Samsung’s OneUI 2.0 on top.

To protect the phone from damage, Samsung has also opted for IP68 dust and water resistance. The company hasn’t shared the Samsung prices or the global availability details yet but we'll update you as soon as we hear anything.