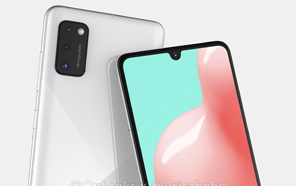 Samsung Galaxy A41 Certified by the Wi-Fi Alliance and Bluetooth SIG; Launch Imminent

Samsung Galaxy A41 is headed to the market soon, along with the Galaxy A31. WhatMobile noted in a previous post that the A31 has already been signed off by multiple certifications, and yesterday, the Galaxy A41 was also spotted on Wi-Fi Alliance and Bluetooth SIG databases, hinting that the launch is just around the block and we are expecting an affordable Samsung Price tag. 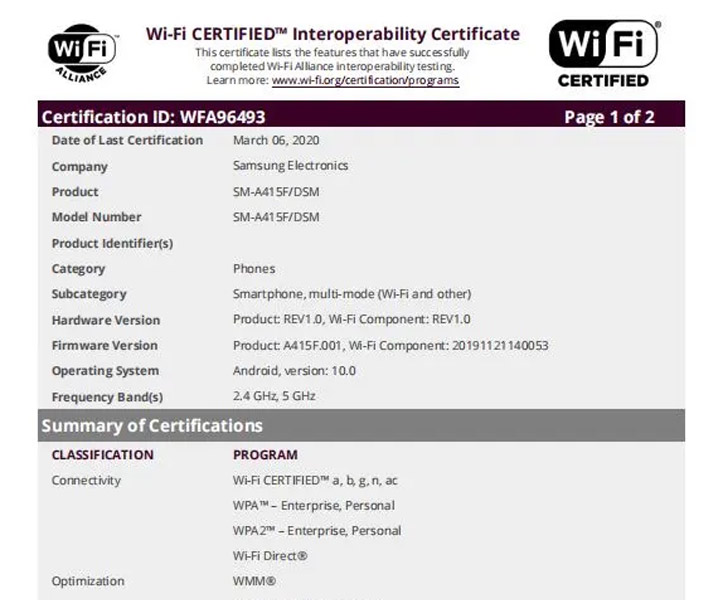 The mid-ranger appears on the Bluetooth and Wi-Fi listings as SM-A415F, which given Samsung’s history, pretty much confirms that the phone will debut bearing the title ‘Samsung Galaxy A41’. The Wi-Fi certification details that the phone will run on the latest Android-10-powered OneUI 2.0.

The Bluetooth regulatory body, on the other hand, doesn’t reveal any key details, aside from confirming the model’s Bluetooth 5.0 connectivity. 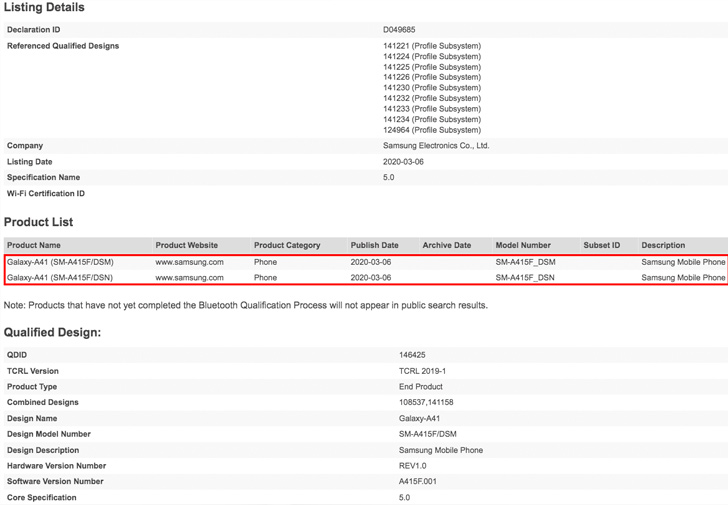 Reliable speculation points to a launch event by the end of this month, but we’ve yet to hear an official announcement from the Korean manufacturer. In the meantime, early press renders showcasing the Galaxy A41 in all its glory were leaked last week, giving us a peek into the smartphone’s design and specifications. 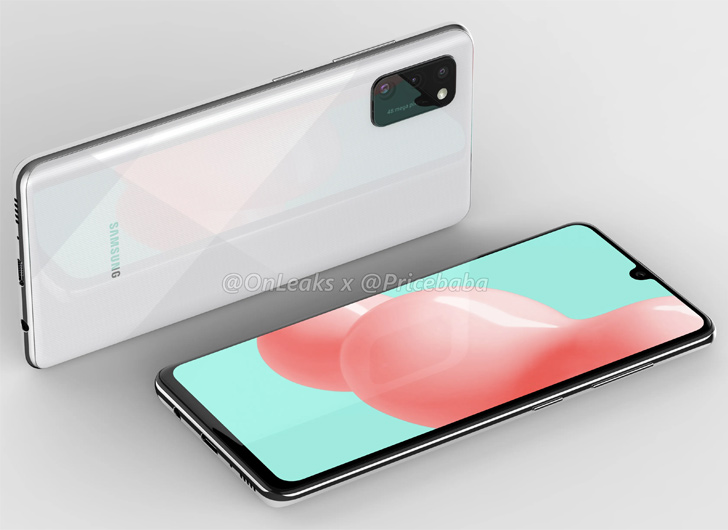 As per the renders, the Galaxy A41 rocks a triple camera system, housed inside a now-familiar black rectangular bump. The three lenses are fixed in a vertical array, with an LED flash flanking them. There’s no physical fingerprint reader to be seen, which means that it’s hidden underneath the display. 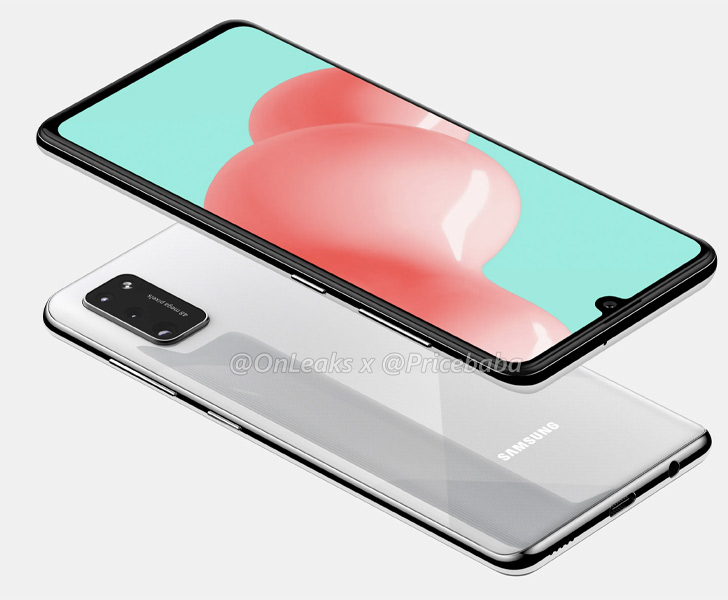 Speaking of the display, an Infinity-U screen touting a circular notch that extends into the 6.1-inch (or 6-inch) panel. Samsung has trimmed off the side bezels, but the chin is bulkier than we’d like in an upper-low-end smartphone (especially when you compare it to its the popular Chinese counterparts). Its yet to see how Samsung Prices the upcoming handset

The main rear-facing lens has a 48MP sensor behind it, but the exact specifications for the remaining two modules are unknown as of now. Geekbench reported earlier this year that the phone will be driven by a MediaTek Helio P65 mobile platform, that is rounded off by 4GB of RAM. And based on rumors, other hardware details include 64GB of ROM and a modest 3,500 mAh battery with support for 15W fast charging.