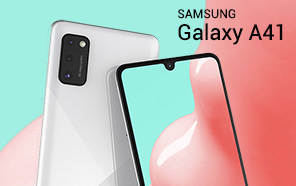 Samsung Galaxy A41 Appears in 360-degree CAD Renders; A Tame Mid-ranger With a Circular Notch

Samsung has another mid-tier Galaxy A-series smartphones in the works -- dubbed Samsung Galaxy A41 -- for a while now, but the details surrounding this device were sparse, until now. Thanks to @OnLeaks, the first set of CAD renders for the A41 has just been leaked, showcasing the phone’s design in all its glory. The design language doesn’t deviate from last year’s Galaxy A71 and A51, save for the notched display. 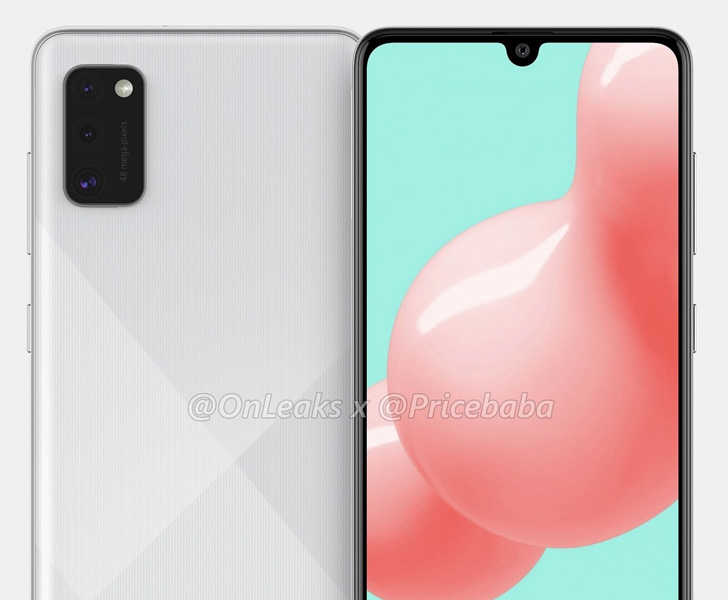 With this sequel to the Samsung Galaxy A41, you’re looking at an Infinity-U notch (the circular kind) embedded inside a 6-inch display. Samsung has shaved off both the side bezels as well as the chin, to bring you an ‘all-screen’ viewing experience at a pocket-friendly Samsung price.

The build measures 7.9 millimeters in thickness, but the domino-shaped camera bump juts out a full millimeter. Speaking of the camera bump, Samsung is sticking to its ‘L-shaped layout inside a rectangular housing’ recipe with this iteration as well. 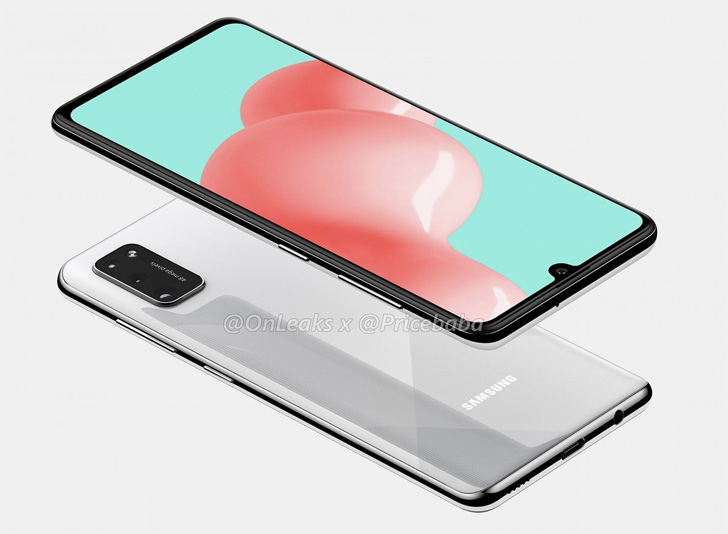 The left column on the camera bump of Galaxy A41 is occupied by three lenses, while the right one features the LED flash. As per the source, the main camera here is a 48-megapixel lens, possibly an in-house developed Samsung GM1 sensor. 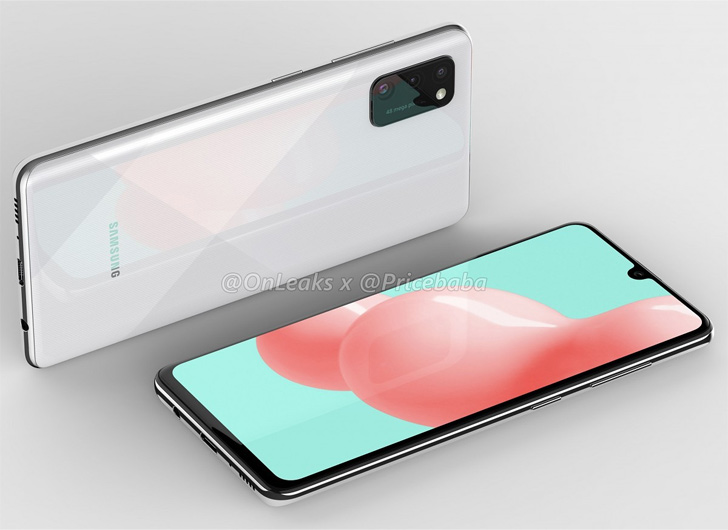 The rear-facing panel of Samsung A41 is polycarbonate, sporting a fractal-like pattern in Black and White editions. There’s no fingerprint scanner to be seen -- neither a rear-mounted module nor a side-mounted one. If these renders are anything to go by, Samsung has lopped off the traditional fingerprint reader that Galaxy A40 debuted with and swapped it for an in-display variant. You can also spot a USB Type-C port and a 3.5mm headphone jack.

Samsung prices and exact hardware specs and are a mystery as of now, but a Geekbench listing points to a MediaTek Helio P65 platform support by 4 GB of RAM and 128GB/64GB storage options. The selfie shooter nestled inside the U-notch is expected to max out at 25MP.  Not to mention, the Android-10-based OneUI 2.0 and 3,500 mAh battery that power this upcoming mid-ranger.  Though it remains to be officially corroborated, rumor has it that the phone is scheduled for release in March.