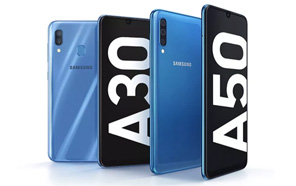 Samsung Galaxy A30 and A50 unveiled at MWC, Coming to Pakistan in March

Anyone who thinks Samsung has already fired all its shots with the new the Galaxy M, Galaxy S10 and Galaxy Fold is wrong. The Korean giant has surprised many by announcing further new products as part of the Mobile World Congress. 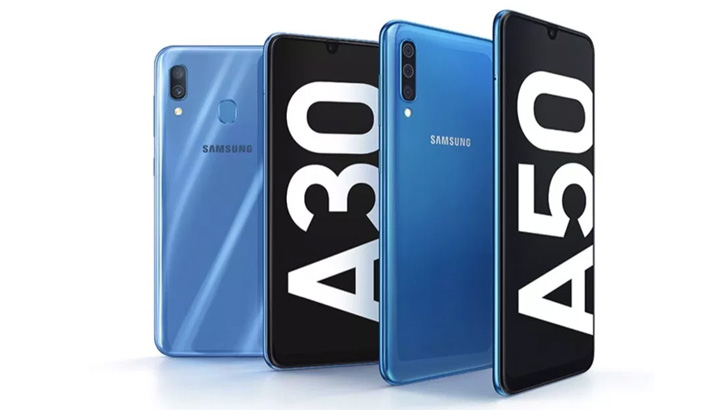 Already due to Indian launch in two days, Samsung has just made two new additions to its mid-price range devices. The Samsung Galaxy A50 and Galaxy A30 were officially announced today at MWC Barcelona. Equipped with infinity notch displays both the handset are going to be launch soon.

Not only the looks and design are the same but Galaxy A50 and Galaxy A30 have almost identical hardware apart from the processor chipset, memory, and Cameras.  Both include a 6.4-inch Samsung's Super AMOLED screen with 2,340 x 1,080 pixels and a U-shaped notch. The dimensions are also same at 158 x 74.7 x 7.7 millimeters, plus both have a 4,000-mAh battery and come with Bixby virtual assistant support. Both smartphones support up to 512GB of the microSD memory and both have support for Face Unlock. 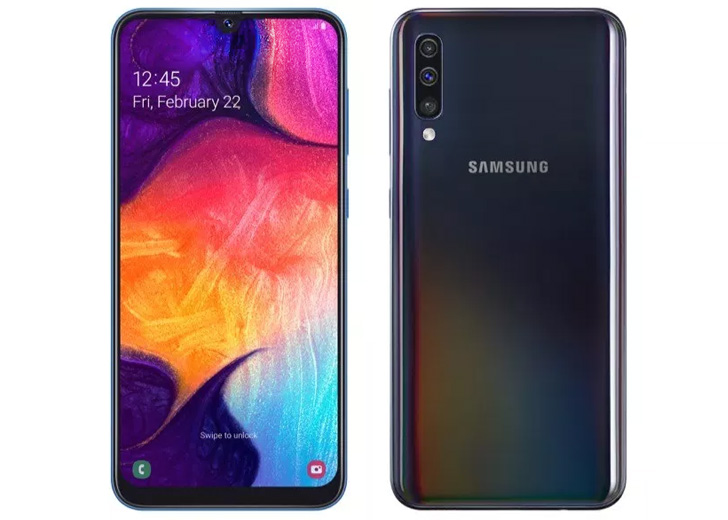 The Samsung Galaxy A50 is more sophisticated in the twins and features a dual rear camera setup of 25 MP (f / 1.7 aperture) + 8 MP (f / 2.2). The fixed focus front selfie shooter is comprised of a 25 MP sensor with f / 2.0 aperture. The Galaxy A50 also includes an on-screen fingerprint sensor and comes in either 4 or 6 gigabytes of RAM. Correspondingly, 64 or 128 gigabytes of storage is available.

Samsung A50 & A30 will be launched in India first, on the 28th of February and will soon be brought to the Pakistani market by end of March. (confirmed).