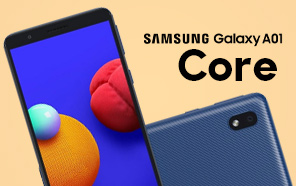 Samsung’s latest ultra-budget model, the Galaxy A01 Core recently appeared in a Google Play Listing and it’s shaping up to be the most pocket-friendly smartphone which expected soon at an entry-level Samsung price tag. Following the certification leaks, the credible phone leaker Evan Blass shared the press renders for the A01 Core. 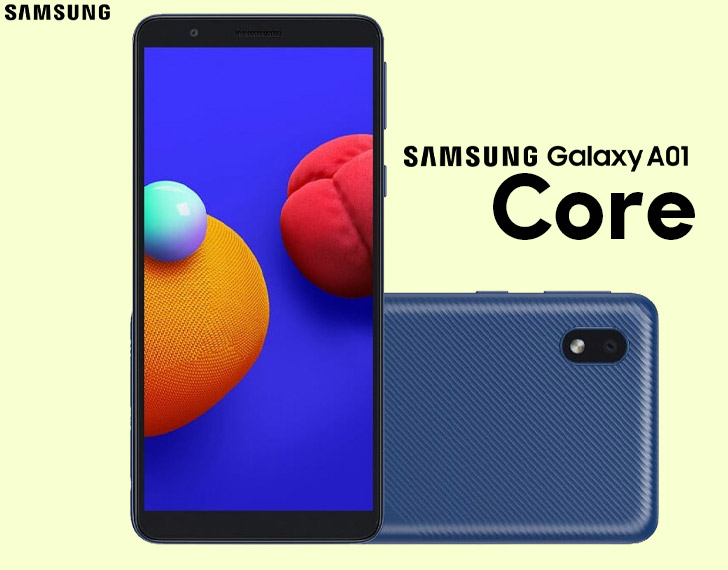 The Samsung Galaxy A01 Core seen in these rendered images is in line with the preview attached to the Google Play listing. There are thick, retro bezels all around, encasing a small HD+ display that stretches 5.14” across.

The front-facing camera and sensors are mounted on the top bezel. Its previous-gen build is further reflected in the A01 Core’s polycarbonate cover and removable battery (a feature now rarely seen in the smartphone world). 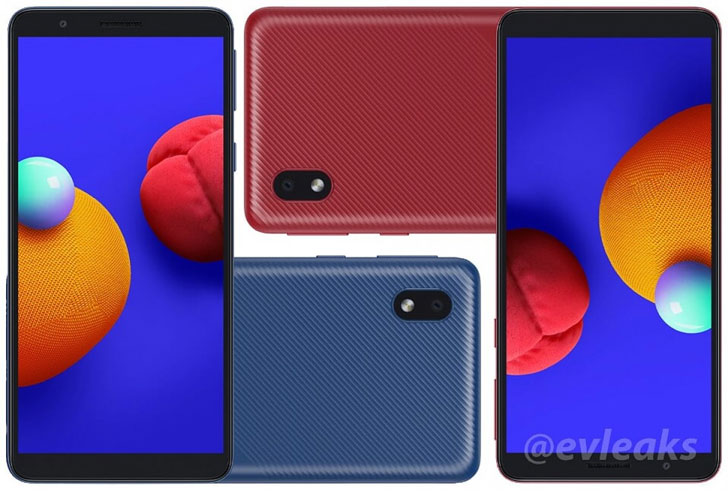 The rear-shell has soft roundings on four corners, interrupted by a compact, pill-shaped housing for the main back camera. Its borders have a glossy finish to them, and Samsung has painted the Galaxy A01 core with a pronounced pattern (which itself is solid and matte) throughout — available in Red and Blue. There’s no fingerprint security support, but Samsung might offer a ‘Face Unlock’ alternative. 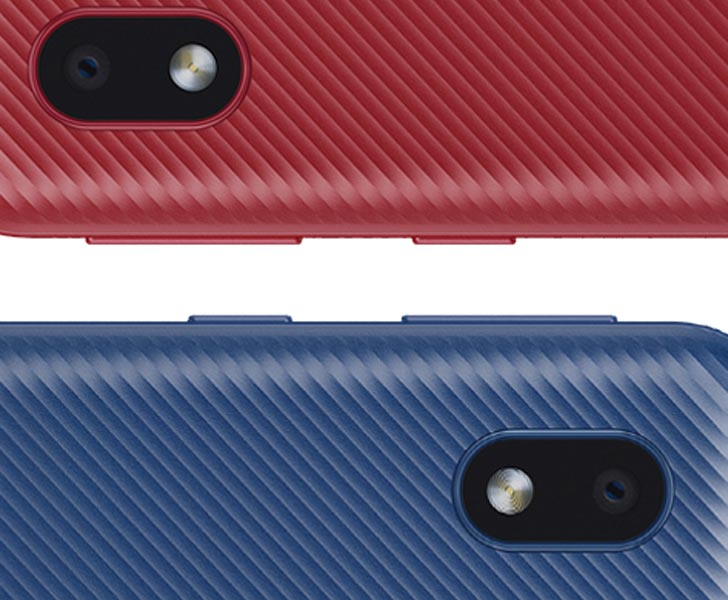 In the same vein as the A01 core design, the internals of the new Galaxy are budget-minded as well: an old entry-level MediaTek MT6739 processor, featuring four cores clocked at a measly 1.5GHz and combined with 1GB of memory. There’s no word on its storage specifications, but based on an educated guess, it could debut with either 16GB or 32GB of ROM. Samsung will be offering the Core variant of A01 in dual and single-SIM editions.

The pricing and availability details are thin on the ground, but the Galaxy A01 core boots to the OneUI 2.0 based on Android 10 (presumably the lightweight ‘Go’ version).