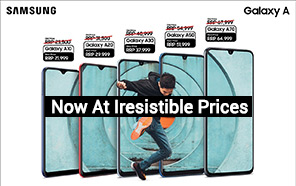 Samsung Galaxy A Series gets a price cut in Pakistan, now available at irresistible prices 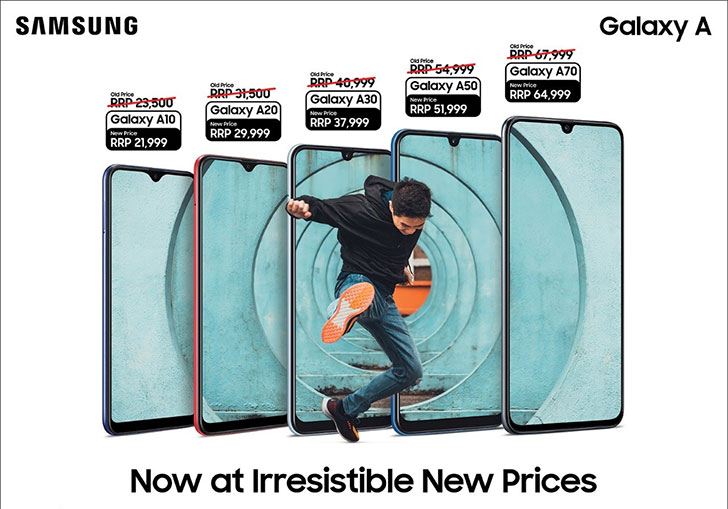 Samsung A50 also got a price cut of 3,000/- Rs. Before the discount, it was selling for 54,999 rupees and now after the price slash its available at a new retail price of just 51,999/- rupees. The dual-SIM Galaxy A50 features a 6.4-inch Super AMOLED Infinity-U Display, backed 4GB of RAM and 128GB of internal. Under the hood, it has an octa-core Exynos 9610 processor, paired with Triple Rear camera and 4000mAh battery.

On the other hand, the Samsung Galaxy A70 is now available at just 64,999/- Rs. The handset got a price cut of 3,000 PKR while earlier it was selling for 67,999/- Pakistani Rs. The handset comes with a 6.7-inch AMOLED display with 2400 x 1080 pixels screen resolution. Under the hood, it has Snapdragon 675 chipset and packs 6 GB RAM and 128 GB. As for photography, the smartphone has a Triple camera setup on the back and on the front side, there’s a selfie camera of 16 megapixels. 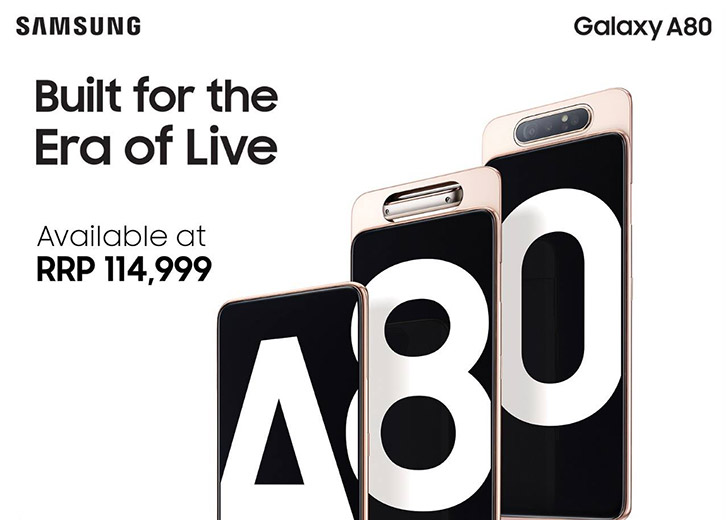 As we mentioned, Samsung launched the Galaxy A80 in Pakistan earlier this month on 20th July. It's Samsung's most premium smartphone of the Galaxy A series right now armed with a rotating Triple camera setup which also acts as the front selfie shooter when needed. Other Specs include Snapdragon 730 processor, 8GB/128GB, 6.7 inches super AMOLED display and a 3700mAh battery.