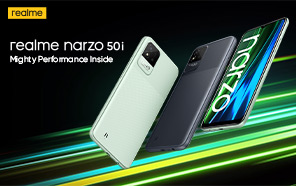 Realme Narzo 50i is Coming to Pakistan Soon; Official Teasers Are Already Up

Realme GT Master Edition isn’t the only Realme phone to launch in Pakistan soon. Right on the heels of this flagship killer, Realme Pakistan will also be announcing the Realme Narzo 50i. Its official launch timeline hasn’t been published yet, but more details will follow the GT Master Edition event on November 5. 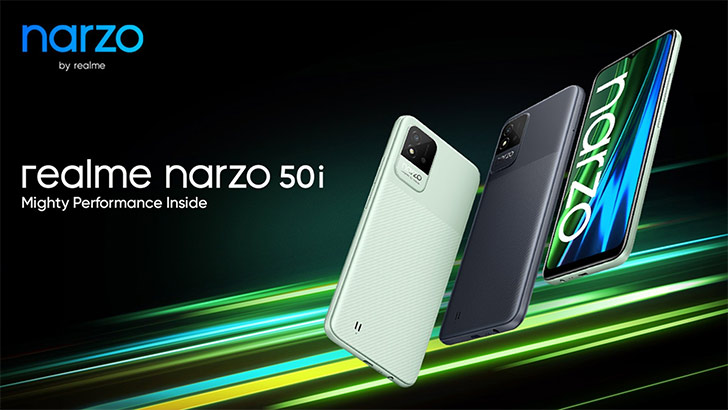 The highlight of the Realme Narzo 50i is its impressive battery. The 5000 mAh battery inside the phone delivers up to 43 days of standby. Out of a single charge, you can get 23 hours of video streaming, 20 hours of WhatsApp, and 105 hours of video playback. Software features stretch that battery life further. It also supports reverse charging but no quick charging.

The screen is a 6.5” IPS LCD that contains a notch and a wide bottom bezel. It peaks at a 720P resolution and a mediocre 400 nits of brightness. Flip the Realme Narzo 50i over to find a duotone finish on its shell. Its striped design comes in Mint Green and Carbon Black colors. 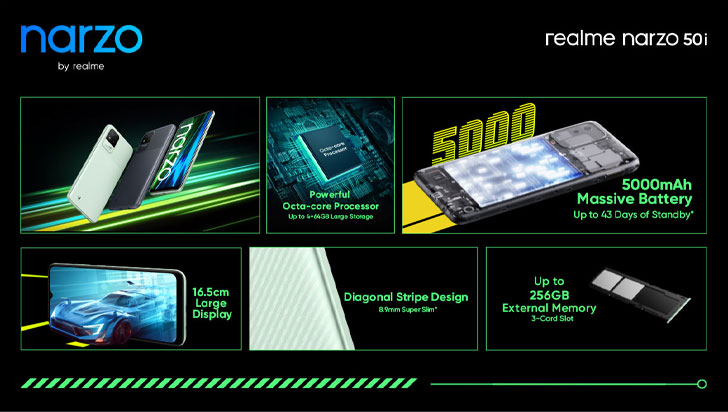 The 8MP rear camera lives inside a raised squarish platform. The front camera of new Realme Narzo mobile has a 5MP sensor behind it. It’s a low-end setup that lacks any modern photography features.

For performance, the engine powering the Realme Narzo 50i is an unnamed octa-core chip. You can pick from 2GB/4GB memory and 32GB/64GB storage options. The hybrid slot built into the phone supports 2 SIM cards and one microSD card.