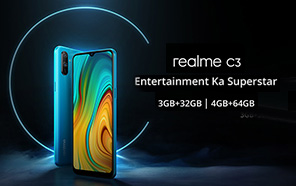 Realme C3 launching on 6th of February with 5,000mAh battery and a MediaTek processor

As WhatMobile noted in a previous post, the Realme C3 is all set for its global launch, and now we finally have a release schedule. As per invites sent out by Realme in India, Realme C3 will be unveiled on February 6 at 12:30 PM. One can live stream the event on Facebook or YouTube. 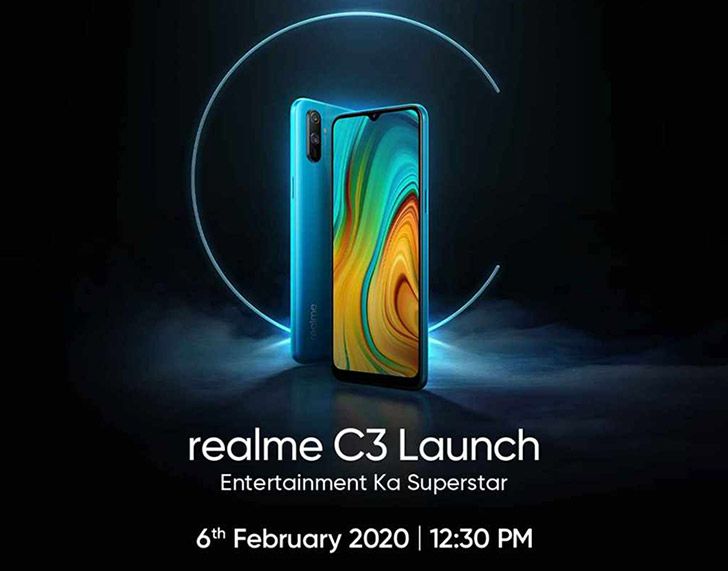 To recall, we hadn’t got any leaks pointing out the Realme C3 design details. But the invite for the launch showcases a drop-notch-toting display and a twin-camera setup on the rear panel. The dual-camera in a vertical layout is an upgrade over the single-lens camera on its predecessor.

Just today, the official realme page has also listed the device to be featuring a 6.5-inch dew-drop display with 89.8% screen to body ratio, protected by a corning Gorilla glass. Where another image on the website shows that the device has a dual rear camera setup on the back, The page has not yet mentioned the realme price. 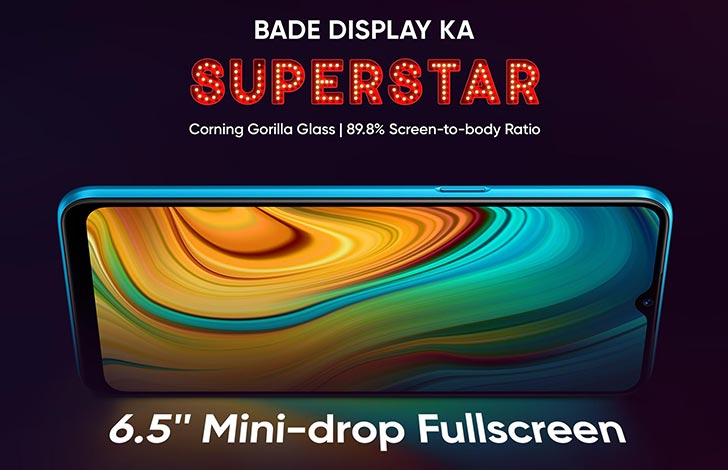 Speaking of iterative updates, The realme page also teases the Realme C3 to be featuring a 5,000 mAh battery -- a rating typical of new entry-level devices. Although not visible in the promo image on the invitation, the NBTC listing for Realme C3 reveals a rear-mounted fingerprint reader and an unnamed MediaTek chipset. 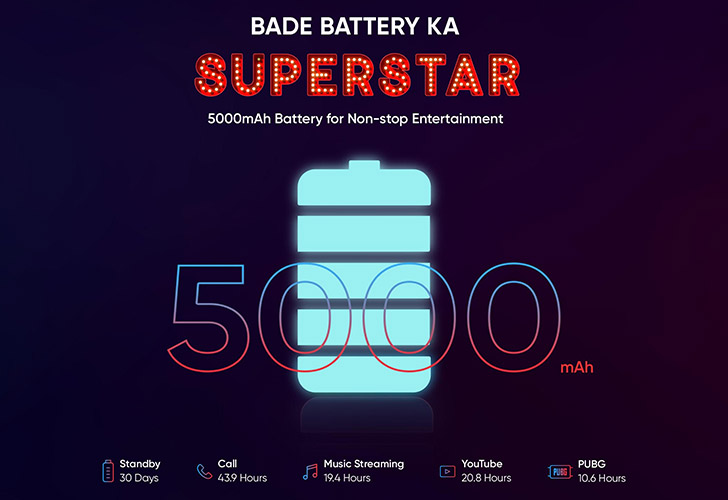 But since a MediaTek Helio P22 chipset powered the previous iteration, we can expect the C3 to get a performance bump. That said, the specs will still fall into the entry-level bracket. We also know from earlier reports that the C3 will run on an Android-10-based ColorOS 7.

Note that the Realme C3 will be accompanied by another variant -- Realme C3s, which has already bagged multiple certifications. The duo will likely share a design language and only differ in their memory configurations. We’ll have more details once the phone goes official next week.