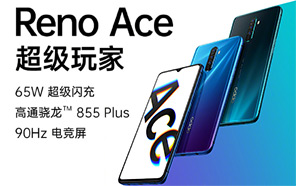 Official renders for the upcoming Oppo Reno Ace have surfaced online, confirming the design, display, color choices, and the camera setup. The phone itself is expected to be unveiled on October the 10th at a launch event in China. The raw spec sheet has already been leaked on TENNA listings ahead of the launch, which promises a 48-megapixel quad-camera setup sitting on this newest flagship. 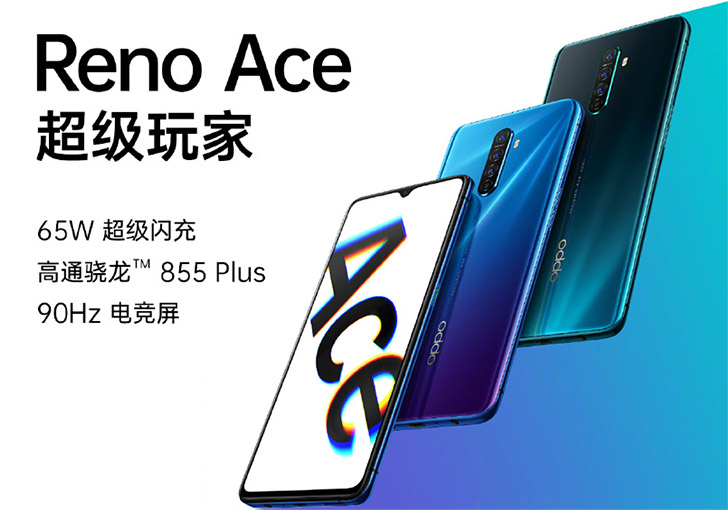 The official Oppo Reno Ace teasers showcase a compact water-drop notch combined with an end-to-end display, and a glass back with a trendy gradient finish. But it’s not the cosmetics of the phone making headlines but rather the Ace's new incredible 65W fast-charging capabilities and the 90Hz display.

Oppo has already confirmed the Reno Ace to be the first phone in the world to come with 65W VOOC wired charging. Rumors also suggest that the latest super-fast charging will be enough to charge its 4000 mAh battery to half the capacity in under 30 minutes, unlike the recent OPPO A9 2020 where it is provided with a big 5000mAh battery but no VOOC 3.0. 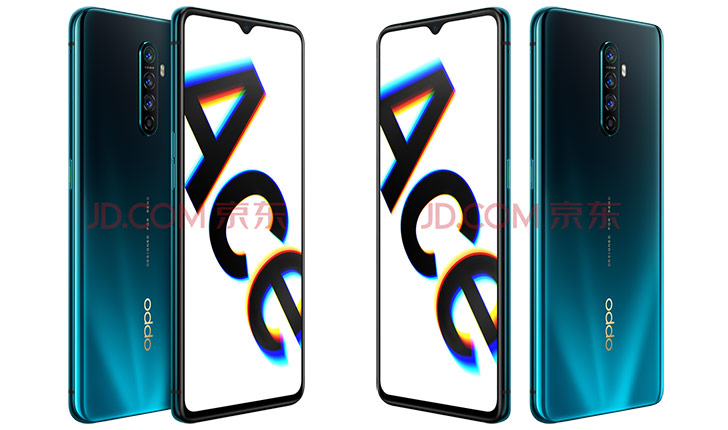 The Chinese brand has yet to confirm the 90Hz display, but credible rumors have pointed out that the Reno Ace will, in fact, feature a screen with a 90 Hz refresh rate.

The renders posted on JD.com don’t show a fingerprint reader, so you might be looking at an in-display fingerprint sensor. From the looks of it, the phone will be available in two different gradient options: Green and Blue (the official names for these colors are yet to be announced). 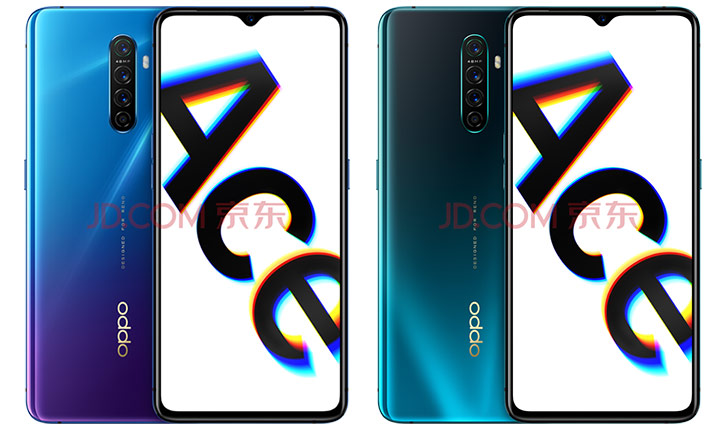 The camera module has four lenses arranged in a vertical setup, alongside a dual-LED flash. The primary lens is speculated to max out at 48-megapixels, combined with a 13, 8 and 2-megapixel sensors.

As for the internals, the phone should be rocking a Snapdragon 855+ chipset, which would make it the first Oppo phone to debut with this particular SoC. For the memory configuration, it’ll be packing a jaw-dropping 12 GB of RAM along with 256 GB of internal storage. Despite the October 10 launch in China, the expected price isn’t conclusive, but the phone may likely retail at 69,999 PKR if it does end up arriving in Pakistan. 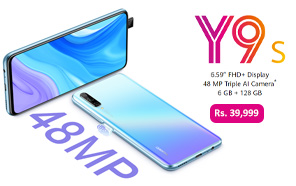 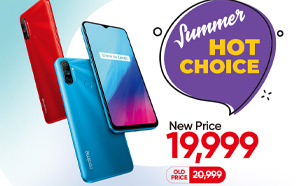 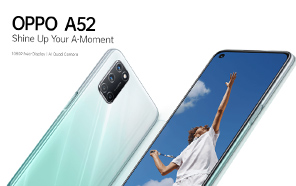 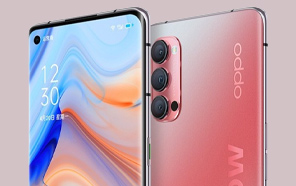