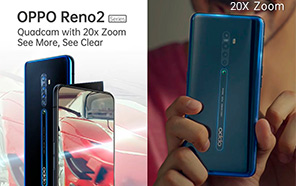 It has not been long since OPPO has launched the new Reno smartphone series, both internationally and in Pakistan. And yet we see the company had already confirmed to hold an event showcasing the OPPO Reno 2 series smartphones on August 28, in India. 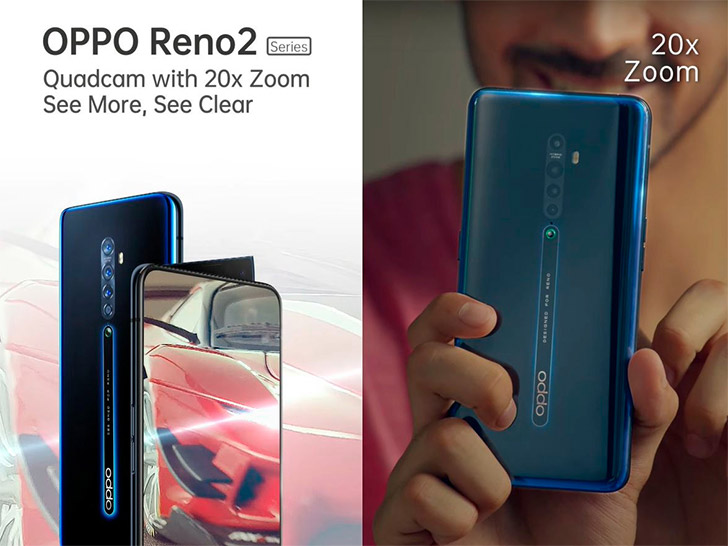 Indian sources posted a report stating that the new series will have OPPO Reno 2, Reno 2Z and Reno 2F. According to the source, the series will have quad rear cameras and they will go below the Reno 10x Zoom. Additionally, the pricing and specifications of these smartphones are at large too.

This smartphone will have a 6.5-inch AMOLED display with full HD+ resolution and a 20:9 aspect ratio alongside. The display has an in-screen fingerprint scanner and the screen covers around 93.1 percent of the whole body. The display, Gorilla Glass 6 and the backside have a Gorilla Glass 5 panel to prevent fall damage. OPPO Reno 2 is powered by Snapdragon 730G processor with 8GB of RAM and  256 GB of internal storage. 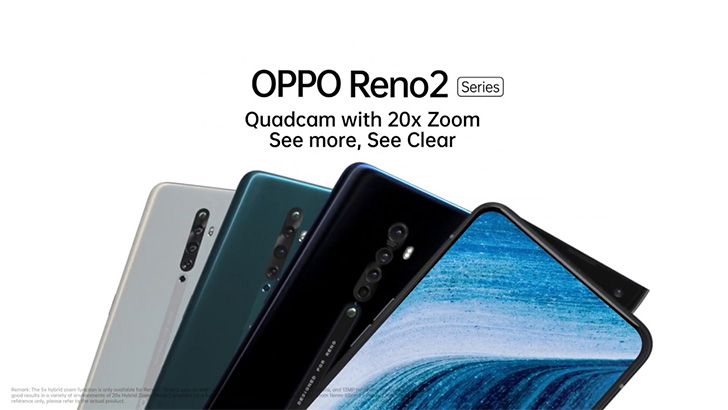 The camera, as we mentioned is quad-core and it includes a 48-megapixel Sony IMX586 primary lens with f/1.7 aperture, followed by a 116-degree ultra-wide-angle 8-megapixel lens, a 13-megapixel sensor that supports 2x optical zoom and has a depth sensor of 2-megapixel with special portrait modes for your convenience.  The Reno 2 will also include a 16-megapixel Sharkfin pop-up camera with an LED flash for the perfect selfie.

While the battery is 4,000mAh and supports VOOC 3.0 flash charging.  All of this will be is said to be available in India in just 35,000 INR which roughly converts to 78,500 Pakistan rupees without taxes.

OPPO's Reno 2Z has a slightly larger screen, coming in at 6.53-inch AMOLED display with full HD+ withheld by Gorilla Glass 5. It also has an in-screen fingerprint sensor and is powered by the MediaTek Helio P90 processor. The SoC is supported by 8 GB of RAM and a storage of 256 GB. 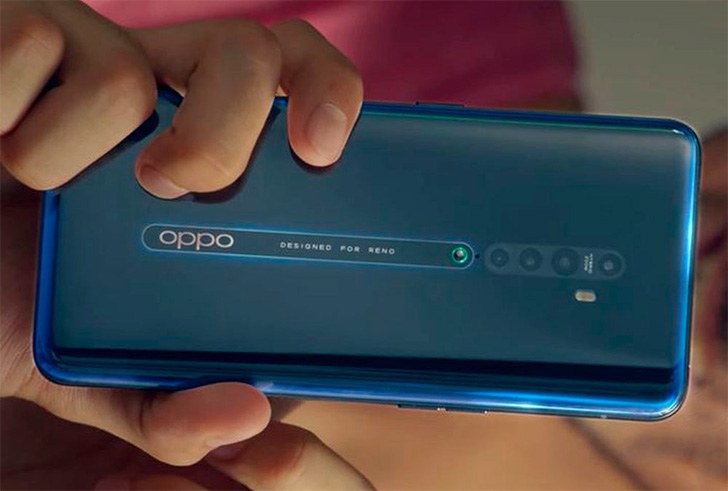 The back quad-camera includes a Sony IMX586 48-megapixel primary lens, a 119-degree ultrawide 8-megapixel lens with two 2-megapixel lenses that allow the user to take special portrait pictures. For selfies, the Reno 2Z has a 16-megapixel pop-up camera, supported by a 4,000mAh battery and VOOC 3.0 flash charging. In India, it's said to be priced at INR. 25,000 which means 56,000 Pakistani rupees.

there's not much available on the Oppo Reno 2F but according to the limited reports, the Reno 2F has a quad-cam which stocks Samsung ISOCELL Bright GM1 48-megapixel lens and its price is expected to fall around Rs. 20,000 Indian rupees which converts to some 45,000 PKR. 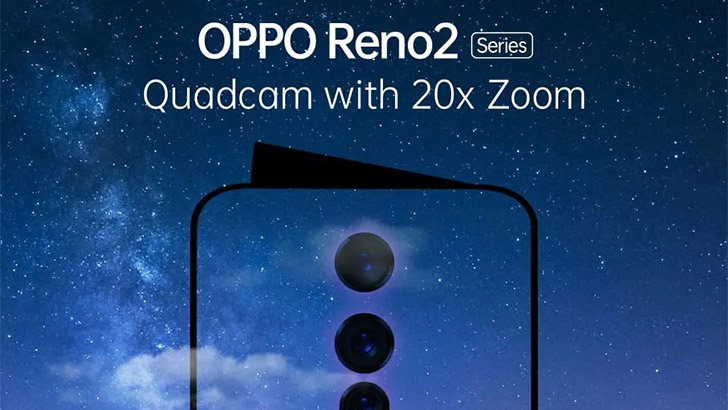 All three of these phones will have the Android 9 Pie OS, with ColorOS 6.1. and these handsets are also expected to receive the Android 10 Q update (coming soon). All and all, the company is expected to reveal as many as 5 Reno 2 smartphones in India by October. As OPPO Reno series already exists in Pakistan, some of the smartphones from the new Reno 2 lineup are expected to make it to Pakistan, if not All.

It's too early to predict the launch dates for Pakistan, we'll just have to wait and see for now. Also, we'd like to make it clear that the specifications and pricings mentioned above are not official and mostly based on rumors claimed by Indian media sources. So readers, take them with a grain of salt if you may.