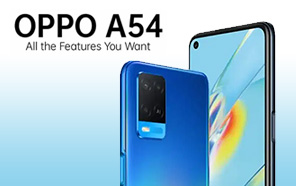 OPPO A54 is Coming; Officially Announced with Entry-level Features and a Shimmering Design

Oppo A54 is a sequel to last year's Oppo A53 that just launched in Indonesia. Oppo announced it in a press release, highlighting the phone’s features and specs. Here’s what the newest budget phone from the Chinese phone maker offers. 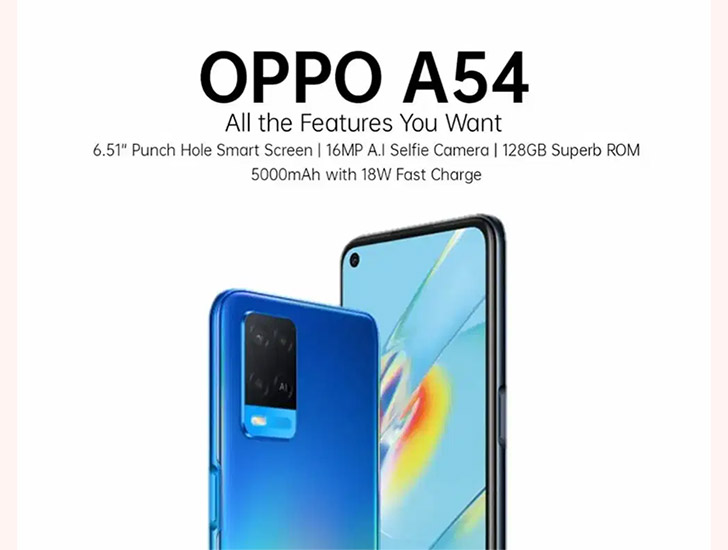 The shell of the Oppo A54 has a gorgeous holographic finish, available in Starry Blue and Crystal Black shades. It's a minimalist design featuring a boxy camera plate and a side-facing thumbprint reader. The Oppo's new A54 also includes a 3.5mm headphone jack and a microSD card slot for up to 256GB storage expansion.

Flip the A54 by Oppo over to find its 6.51” IPS LCD. It produces a resolution of 720P, peaks at 500 nits of brightness, and houses the front camera inside a hole-punch cutout. It's an unremarkable screen with no modern bells and whistles. 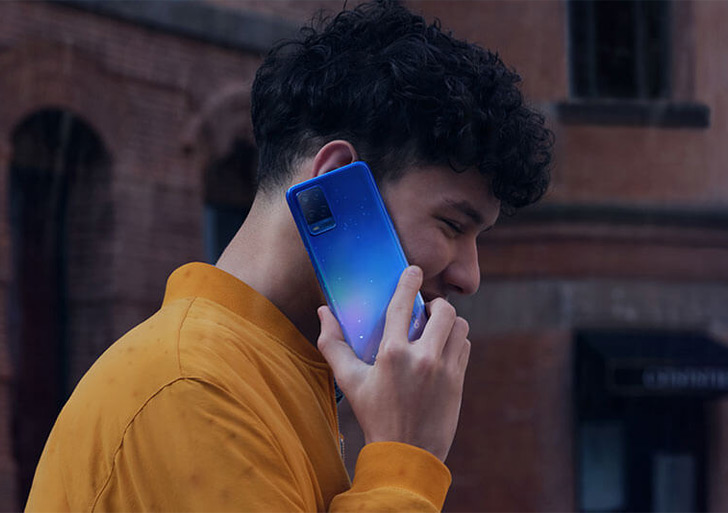 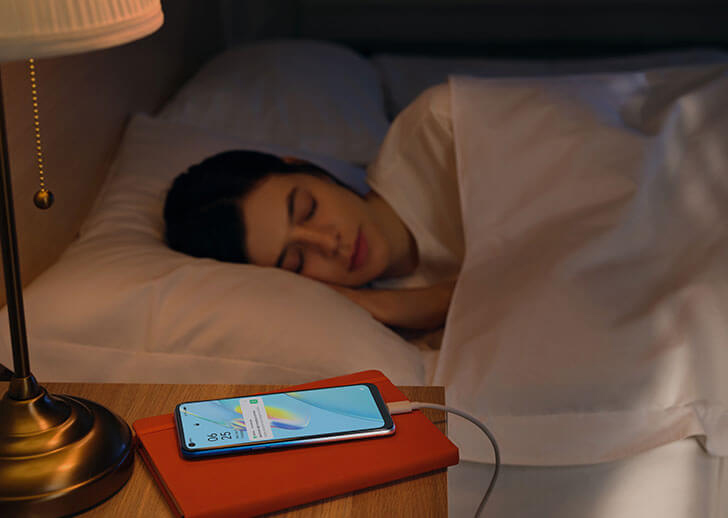 The screen and camera are predictably entry-level, but the battery life stands out by comparison. The A54 packs a 5000 mAh battery that fast charges over 18W. It promises an all-day battery, stretched even further using the ‘Super Power Saving’ mode. Overall a nice new addition to the Oppo price list. 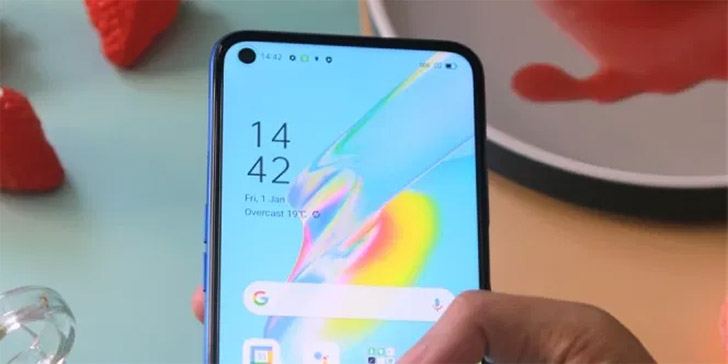 It’s advertised to run WhatsApp for 85 minutes when you’re down to the last 5%. This cell powers the old-gen MediaTek Helio P35 underneath A54’s hood. It’s built on a 12nm fabrication process and paired with 4GB of memory and 128GB of storage.

CLICK HERE TO SEE
Oppo A54 Price in Pakistan & Specs