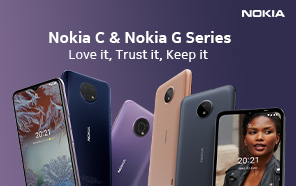 Nokia G10, G20 Unveiled along with Nokia C10 and C20; Value Features on a Budget 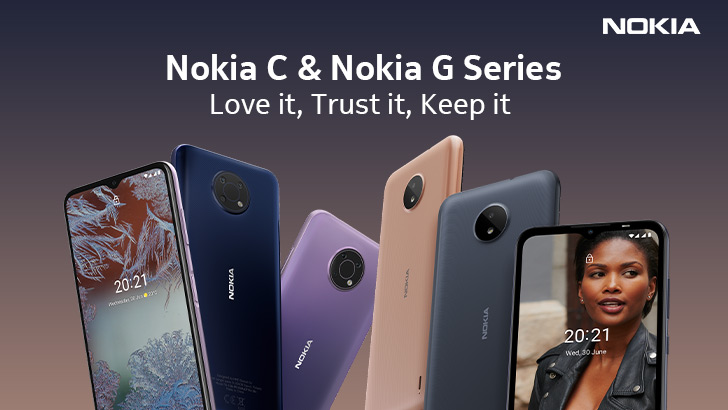 The G10 and G20 duo follows a single design language. They feature a 6.52” IPS LCD that delivers a 720P resolution. A notch bleeds into this panel, and Nokia’s branding is stamped on the chin. The thick 9.2mm shell comes in Dusk and Night colors for the Nokia G10 and Glacier and Night for the G20. 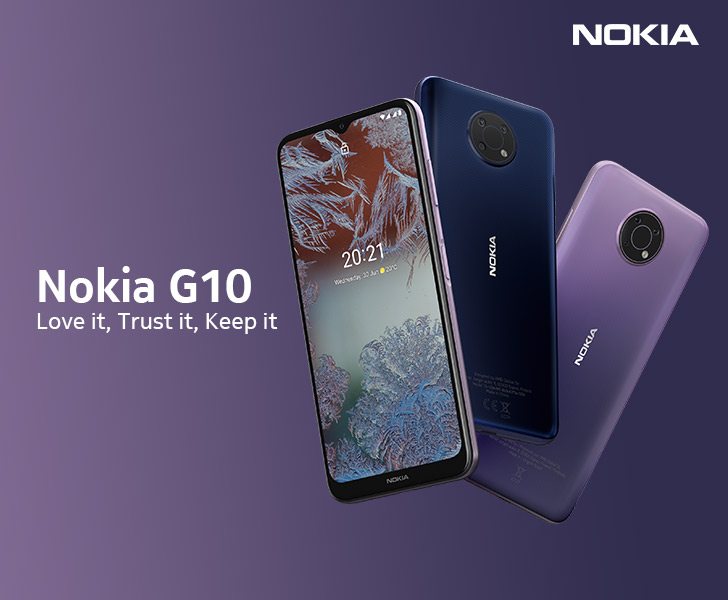 Both phones pack 5050 mAh batteries without any fast charging support. You get a side-facing fingerprint scanner, a 3.5mm headphone jack, and a slot for storage expansion. Android11 ships with the G10 and G20.

Nokia G10 has the MediaTek Helio G25 at its heart, while the G20 is powered by Helio G35. The former comes in 3GB/4GB memory and 32GB storage options; the latter is available in 4GB memory and 64GB/128GB internal storage variants. 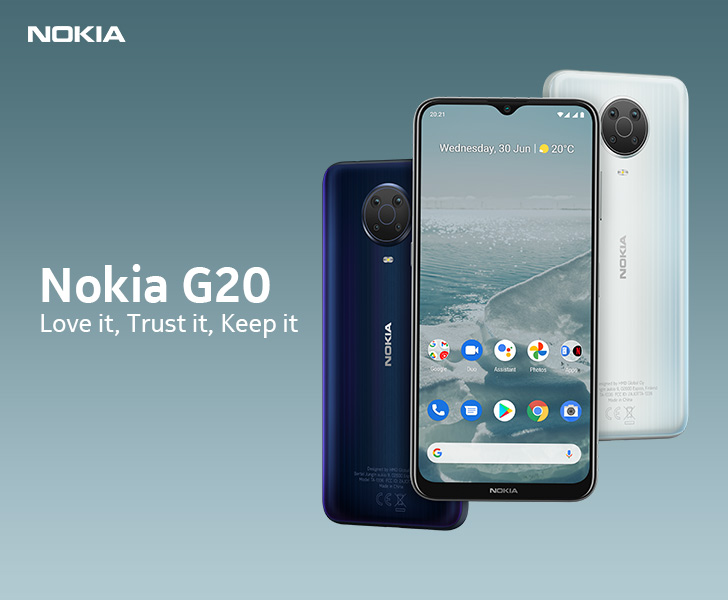 For the cameras, the Nokia G20 has a 48MP f/1.8 lens, a 5MP ultra-wide camera, and a pair of 2MP macro and portrait sensors. The G10 has the two low-res cameras, plus a 13MP sensor for the primary lens. 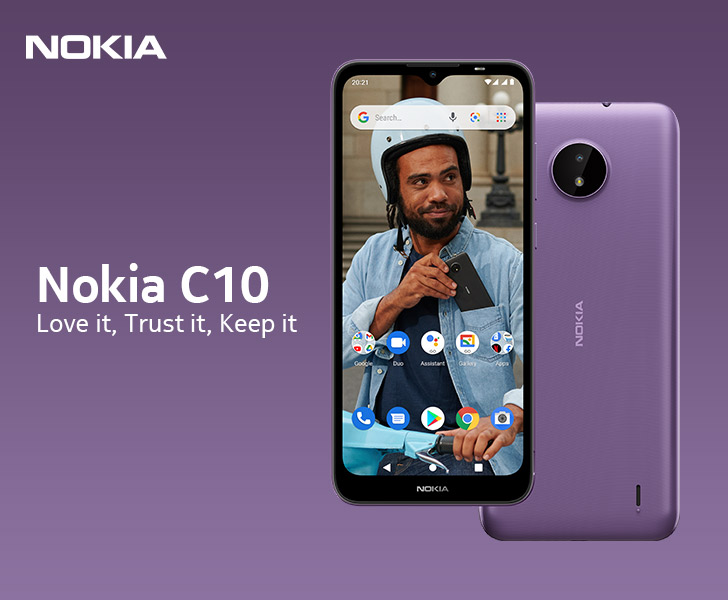 The C10 and C20 are the entry-level models in this lineup. You get bare-bones, essential features on a budget. Both phones run on the Go edition of Android11, designed for low-end hardware. Old-generation 28nm Unisoc chips power the duo. 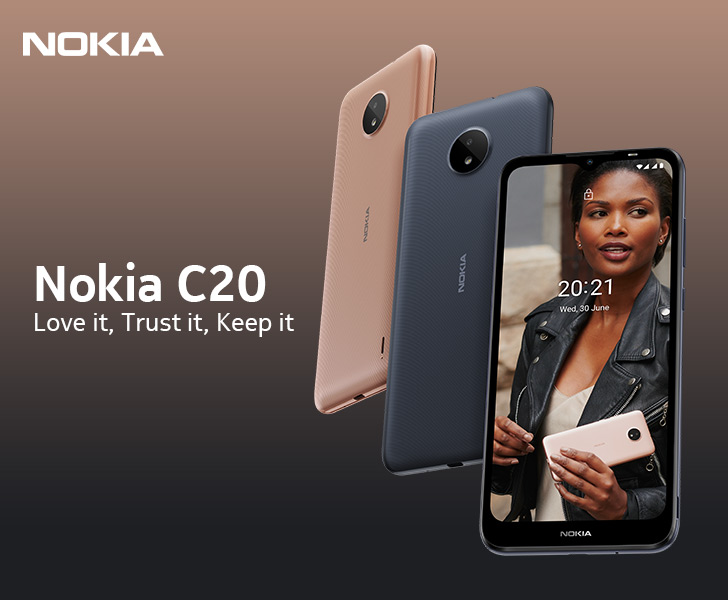 We’re looking at 6.52” IPS LCD notched screens with a 720P resolution. The front and back cameras are 5MP. Nokia C10 and C20 feature 3000 mAh batteries that charge at 5W over a micro-USB port. You get 1GB/2GB of memory and 16GB/32GB of expandable storage.