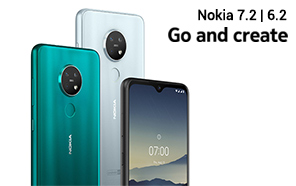 Nokia 7.2 and 6.2 Spotted on Nokia Pakistan’s Official site, launching in the first week of October

HMD global – the company which makes phones under Nokia’s brand name, is readying to launch its latest smartphones unveiled at IFA 2019. The handsets including Nokia 6.2 & 7.2 have already found their way to the Nokia Pakistan’s website. The phones will hit the Pakistani market in the first week of October, so submits a credible local source. 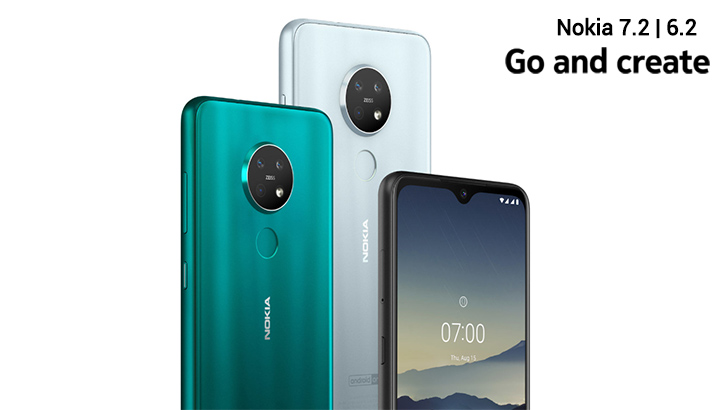 The manufacturer officially unveiled Nokia 6.2 and Nokia 7.2, along with a few other devices at IFA 2019 earlier this week. Both handsets feature a rather similar design – a water-drop notch and a circular housing for the camera setup paired with a rear-mounted fingerprint reader. But from what we can tell, Nokia 6.2 seems like the entry-level pick while the Nokia 7.2 is mid-ranged and a cut above it.

Both Nokia Mobiles have the same dimensions – 160 X 75 X 8.25 mm, and the same weight – 180 grams, and even the same 6.3-inch FHD+ PureDisplay screen. However, the camera setup is where both these devices differ. 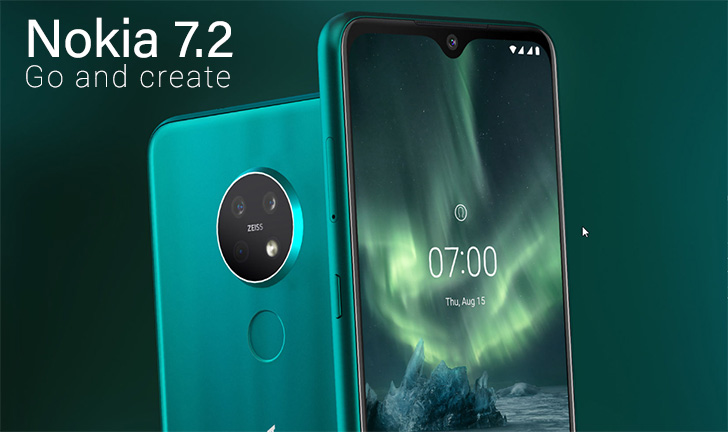 While they both feature a triple-camera setup, Nokia 7.2 is sporting a 48-megapixel primary shooter, paired with an 8-megapixel ultra-wide angle and a 5-megapixel depth lens. The front-facing camera is a Quad Pixel which maxes out at 20-megapixels.

As for the 6.2, you’re looking at a 16-megapixel primary lens and the same ultra-wide and depth sensors as the 7.2. The selfie camera, however, is only 8-megapixels.

The Nokia 7.2 will come in two different memory configurations: one of the variants features 4 gigs of RAM, while the other comes with 6, with either 64 GB or 128 GB of native storage. You also get support for microSD card storage, which allows for expandable storage of up to 512 GB. 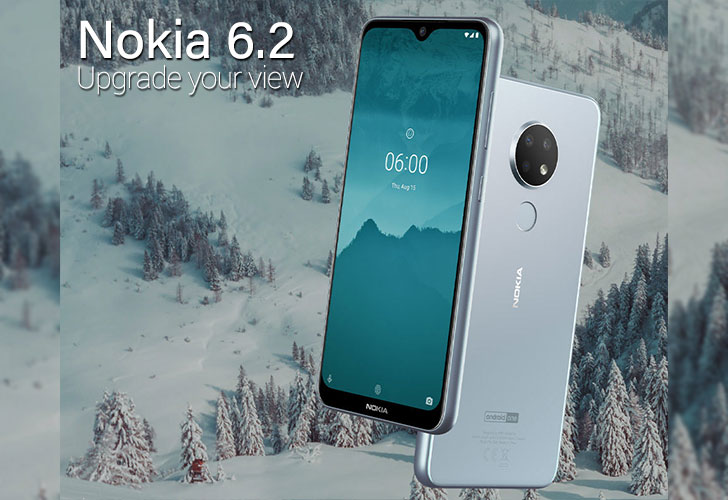 And for the internals, the 7.2 is rocking Qualcomm’s Snapdragon 660 Processor while the 6.2 runs on a Snapdragon 636 chip, paired with either 3 GB or 4 GB.

And, it’ll be available in three different variants, namely: 32, 64, and 128 GB options. Both handsets draw power from a 3500 mAh battery. In the software terms, both smartphones will be powered by Android Pie (9.0).

Nokia 7.2 is offered in three different color options: Charcoal, Ceramic Green, and Ice, but you can only pick between two colors: Ice and Ceramic Black, should you go for the 6.2.