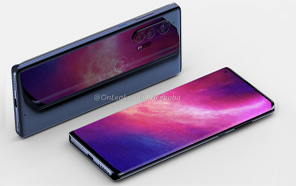 Ever since Lenovo took charge of Motorola, the once-popular manufacturer has been producing some excellent mid-range, budget-friendly models: case in point, the Moto G7 and its sequel the Moto G8. But after a long hiatus from introducing flagships, Motorola is now shifting its focus back to the high-end segment of the market with the upcoming Motorola Edge+. And thanks to @OnLeaks for bringing us the early renders for the device, we get an exclusive sneak peek at this premium offering. 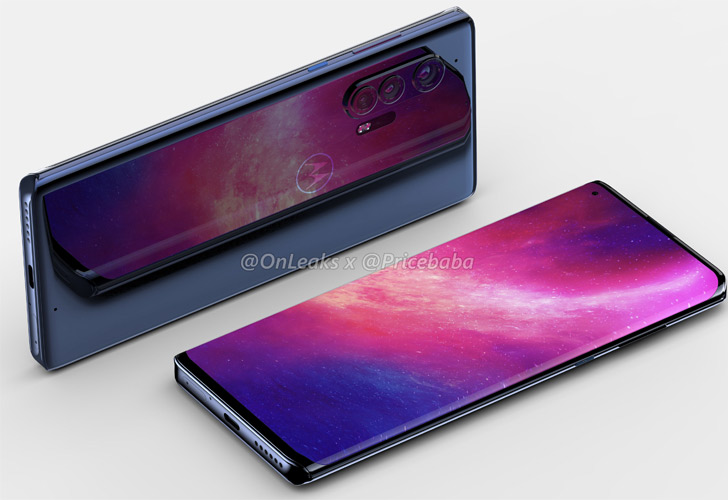 You’re looking at a tiny punch-hole sitting on the far left corner of the display that melts into bezels, featuring an almost waterfall-like profile. That said, Motorola didn’t lop off the physical buttons, rather it pushed them back to maximize screen real-estate.

Flip the Motorola Edge Plus over, and you’ll meet a triple-camera array in a vertical layout. An LED flash and Motorola’s branding flank this setup. There’s a ring around the logo which appears to light up to alert you of new notifications. The entire rear-shell has a polished ‘glass slab’ look in a gray-blue hue. 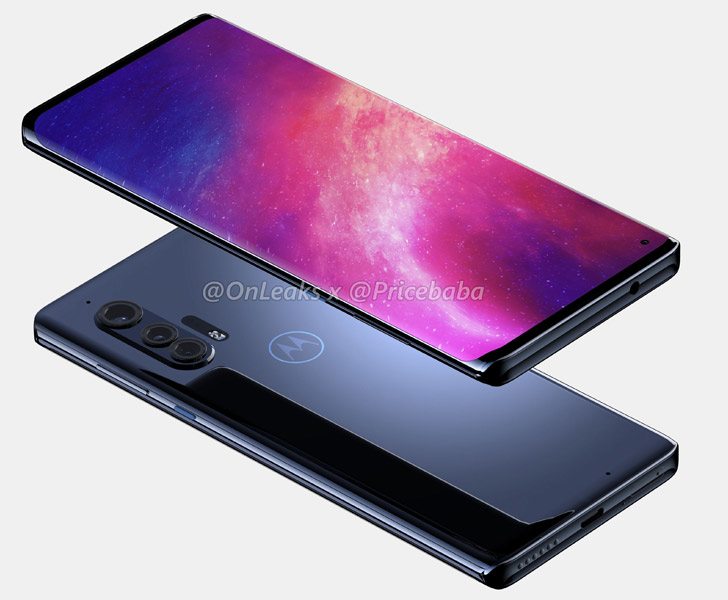 Motorola Edge+’s design is unique in its own right. Not only does it manage to curve the display to almost 90 degrees, while retailing the volume rocker and the power key, it also incorporates a 3.5mm headphone jack -- a feature which almost every recent flagship has ditched. 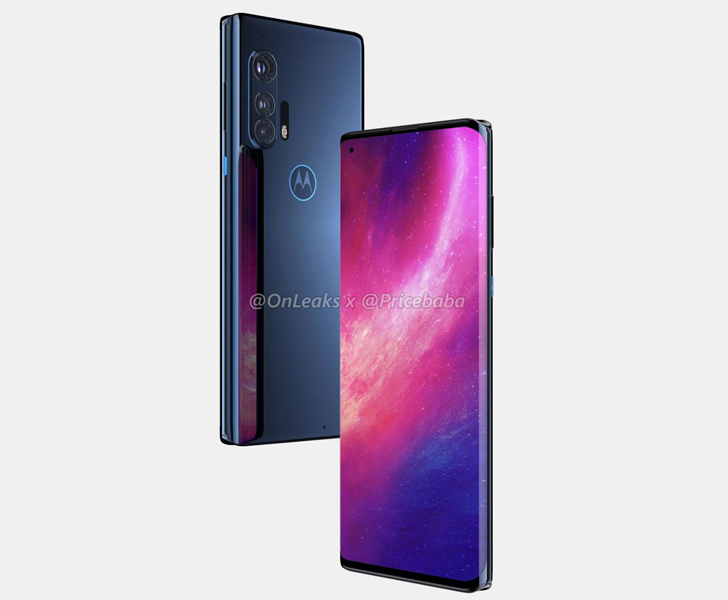 That covers the design part, now for the specifications. Based on previous leaks, the Motorola Edge+ is set to feature a 6.67-inch FHD+ display that delivers a higher-than-standard 90Hz screen refresh rate. Since there’s no physical fingerprint scanner to be seen in the CAD renders, it’s most likely hidden under the display.

Once launched, this premium model will become Motorola’s first 5G smartphone, thanks to the Snapdragon 865 mobile platform that powers it. Paired with this SoC will be either 8GB or 12GB of RAM, a beefy 5,169mAh battery and stock (or at least stock-like) Android 10.