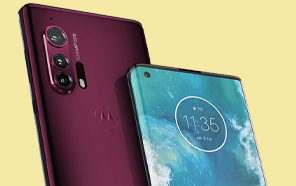 The long-speculated Motorola flagship for 2020, the Motorola Edge and Edge+ are being introduced on April 22. Ahead of its launch, the popular benchmarking platform Geekbench has published the standard Motorola Edge edition on its database, along with a few specifications.

Note that the Motorola Edge+ has already been found buried in the Geekbench listings earlier this year.  Coming back to the recent leak, the Motorola Edge scores 1410 on its multi-core test, and bags a total of 505 points on the single-core benchmark. 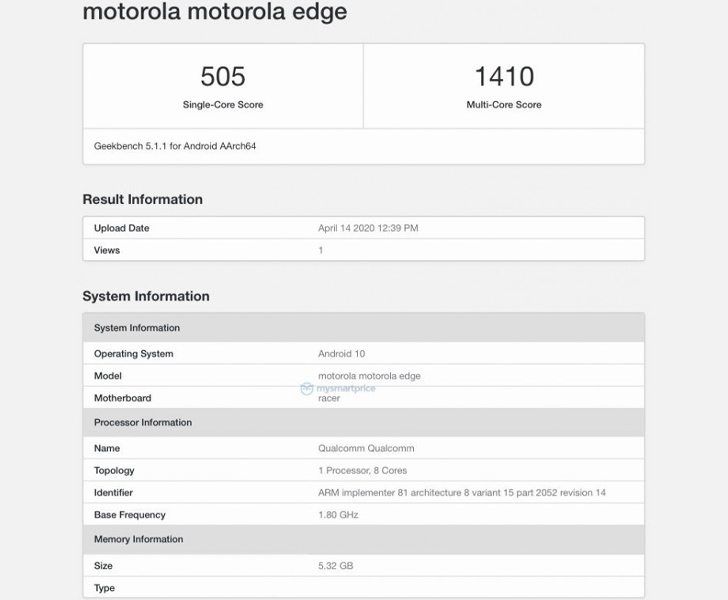 Previous leaks inform that the Edge will run on a Snapdragon 765G chip as opposed to the SD865 platform that’s speculated to power the Motorola Edge Plus. The CPU is listed to have 8 cores, clocked at 1.8 GHz. The vanilla edition will have 6GB of RAM, while the ‘Pro’ variant is expected to debut with at least 8 GB of memory. Further, the phone will ship with Android 10 – which closely resembles the stock Android experience with a few tweaks by Motorola.

According to XDA Developers, the Motorola Edge+ could feature a 108MP main camera, a QHD+ 6.67-inch display, and support for 5G connectivity. Speculation has it that the Edge+ might donate its 6.67-inch display to the standard Edge but with an FHD+ resolution. The Motorola Edge might rock a 64MP main shooter. The duo is expected to feature a punch-hole design and a dedicated telephoto lens.

This flagship duo was originally scheduled to make an appearance at MWC 2020, but after the organizers pulled the plug on the event, Motorola switched to a virtual launch event on April 22 at 11 AM CDT, as per an official tweet.