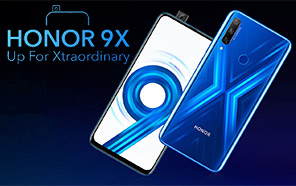 Honor 9X Scheduled for Release in Pakistan in December; Pop-Up Unit and a Triple-Rear-Camera

A reliable local source tells WhatMobile that Huawei’s sub-brand Honor is gearing up to launch the Honor 9X in Pakistan, later this month in December. Although we’re days away from the official release in Pakistan, the details for the handset are not yet listed on Honor’s official website for Pakistan. 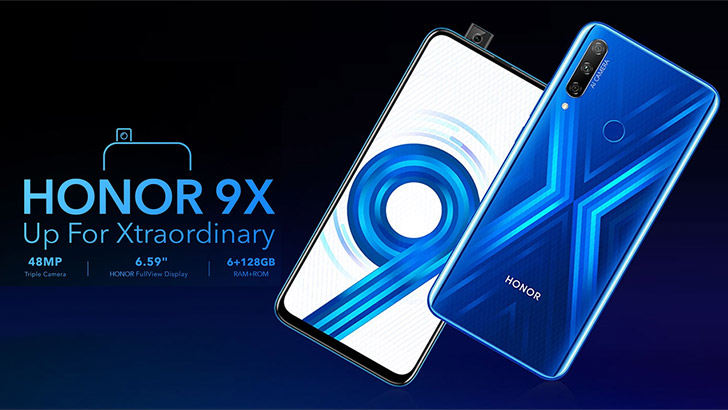 Honor United Arab Emirates website showcases the exact Honor 9X model which is expected to land in Pakistan. It has an all-screen 6.59-inch FullView display with a pop-up module for the selfie shooter. Honor claims that the 16-megapixel popup camera can pop-up and retract in only a second.

It also allows for an impressive 91% screen-to-body ratio. On the back, you get a triple-camera set up in a vertical arrangement, flanked by a fingerprint scanner. The rear panel is available in a muted Midnight Black and a more vibrant Sapphire Blue variant.

The optics hardware is upper-mid-range. You’re looking at a 48-megapixel main lens, paired with an 8-megapixel Super-wide-angle lens, and a 2-megapixel depth sensor. The camera package is augmented with AI. The wide-angle lens lets you take in a 120-degree field of view, and the AIS Super Night Mode enables you to capture better low-light shots. 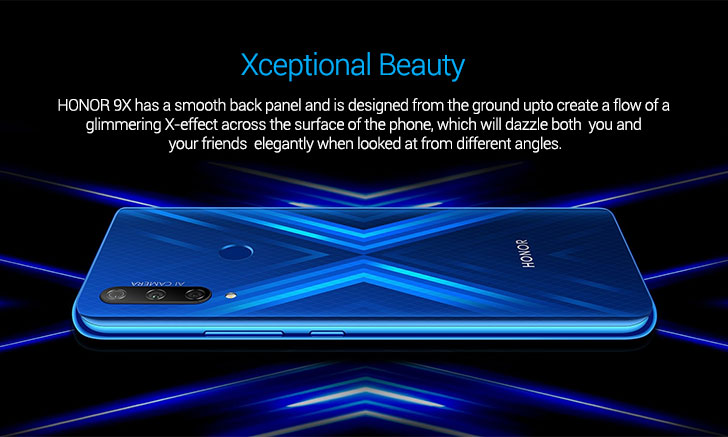 The Honor 9X has only been launched in few countries so far, though the exact launch date for or the Honor Price tag is not yet revealed, our sources tell us that the handset and will land in Pakistan in mid of December. The website mentioned above tells us that the phone will retail for 999 AED, which comes roughly to 42,000 PKR, excluding the taxes.