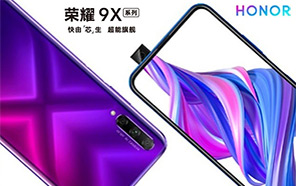 Honor 9X is making rounds across the globe, next stop Russia than the Netherlands, might soon reach Pakistan

The successor to the widely well-received Honor 8X and 8X Max -- the Huawei 9X was launched in China a few months back in July. And now recent reports have cropped up which point to the phone being introduced in other Asian and European markets. The 9X lineup is scheduled for release in Russia on the 17th of October and in the Netherlands, the following week on the 24th of October. And the best of all is Honor Pakistan has also started teasing an imminent launch. 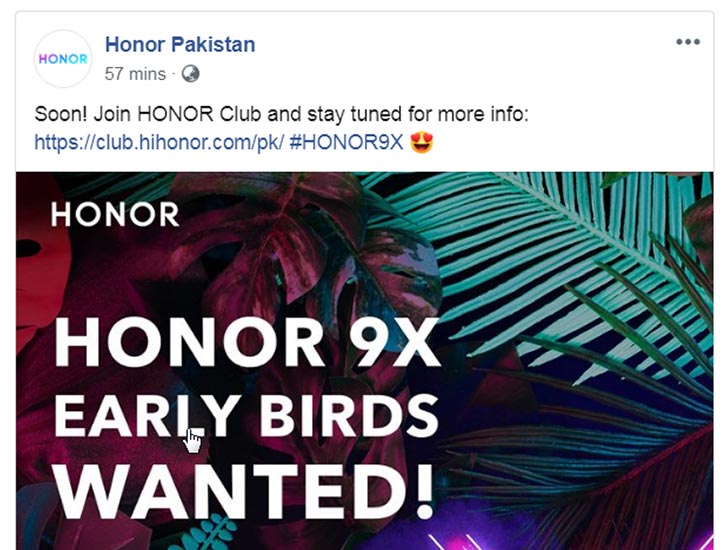 Note that the raw spec sheet for the European variant is expected to deviate from the standard version because of the on-going licensing conflict with Google. The Honor 9X is launched in Europe will rock a Kirin 710F SoC as opposed to the beefier Kirin 810 chipset sitting on the standard variant since Google isn’t licensing the Kirin 810 processor.

There’s also a slight mutation in the design of the handset as well. Apparently, the European 9X will feature a side-mounted fingerprint reader, unlike the rear-mounted one on the standard 9X. That being said, this variant carries over the rest of the specs and design language from the Chinese version. 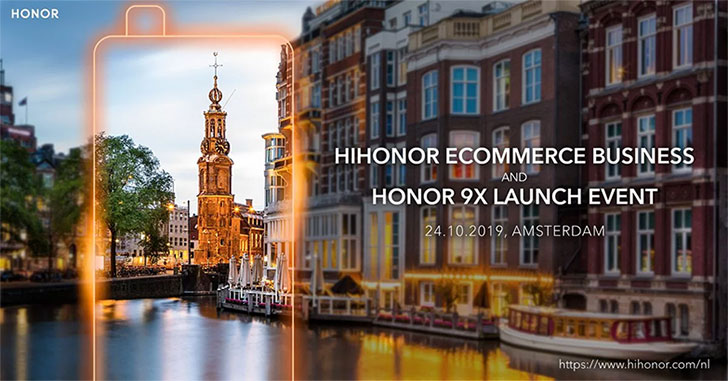 You’re looking at a gorgeous 6.59-inch ‘Full-View’ FHD+ notch and punch hole-free display with a 4,000 mAh power cell sitting underneath, on both Honor 9X and Honor 9X Pro.

However, the 9X and 9X Pro have varied memory configurations. Where 9X Pro has 8 GB of RAM and 128/256 GB onboard storage options, the 9X sports 4GB/6GB/8GB RAM options paired with only 64GB/128GB of native storage. 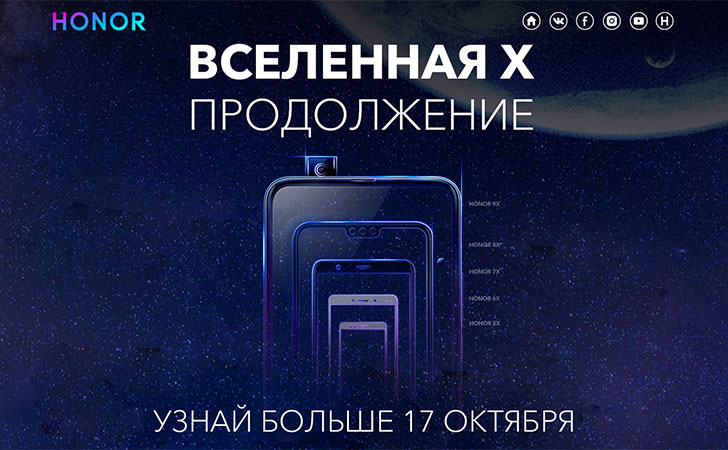 The optics package is on par with what you’d expect from a decent mid-ranger -- at least in terms of hardware. The 9X packs a twin-camera module with a 48-megapixel primary and a 2-megapixel secondary shooter, while the front-facing 16-megapixel lens is housed inside a pop-up setup. The camera package on the 9X Pro is a hair better and is stocked with a 48MP+8MP+2MP configuration which dwarfs that of the 9X.

Honor Pakistan has started teasing the 9x launch which means that it is about to land in Pakistan soon. The exact dates are not revealed as of yet but as per the international pricings the starting cost for Honor 9X in Pakistan is expected to be around 40,000 PKR whereas the Honor 9X Pro is speculated to retail for 55,000 PKR.