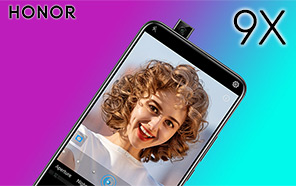 Honor 9X is due to arrive on the 23rd of July in China, alongside the Honor 9X Pro and the company looks all set to take the game to the next level. But just as the launch was getting closer, detailed specifications of 9X and 9X pro got leaked and are already circulating the internet. 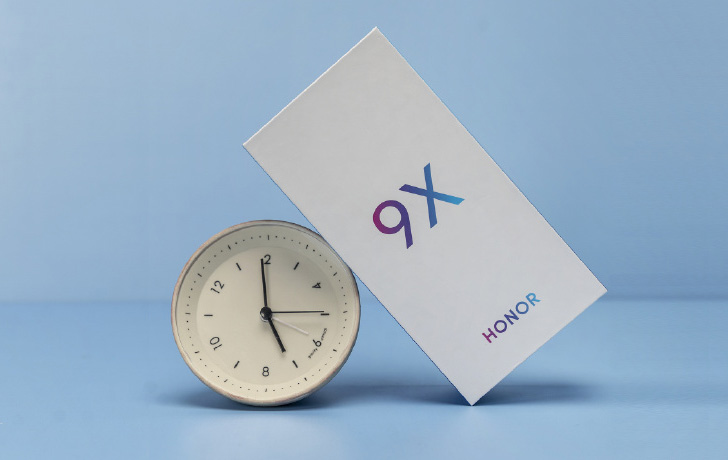 The specs were tweeted by a Russian leakster by the name of Xiaomishka who was also responsible for leaking out the specs for Xiaomi Mi CC9 Series, which were later confirmed to be true. As it turned out, both the models look quite the same and have virtually no differences on the outside.

According to Xiaomishka, both, the Honor 9x and 9X pro have got 6.59-inch screens with a full HD+ resolution of 2340 x 1080 pixels. Earlier the pro variant was suggested to have a bigger screen but the new leak negates that. Moreover, the chipset is also the same, The latest Kirin 810 octa-core processor is fixed in both the upcoming handsets. 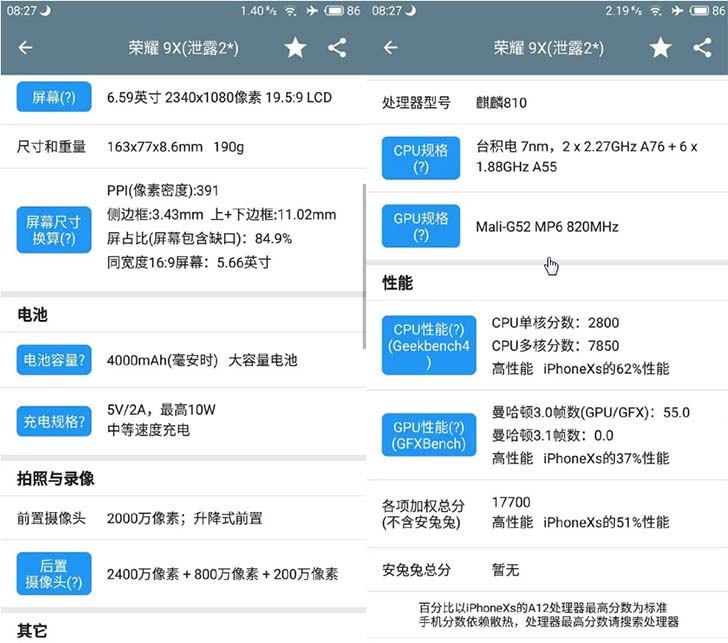 Both the phones measure 163 x 77 x 8.6 mm in dimensions and weigh 190 grams. The battery is also the same 4000mAh in both but the fast charging speed is different. The standard 9X comes with 10W fast charge while the Honor 9X pro supports 22.5W quick charge. The duo runs on Android 9.0 Pie with Huawei's own EMUI 9.1 on top.

Judging by the data provided by the source, the only difference is the main camera resolution of the Triple camera setup found on the couple. In Honor 9X you'll get a 24 MP main sensor while the Honor 9X Pro has a 48 MP main camera. Rest of the camera setup is the same on both having an 8MP wide angle lens and a 2MP depth sensor. Also, Both the variants have the same 20MP pop-up front-facing selfie shooter. 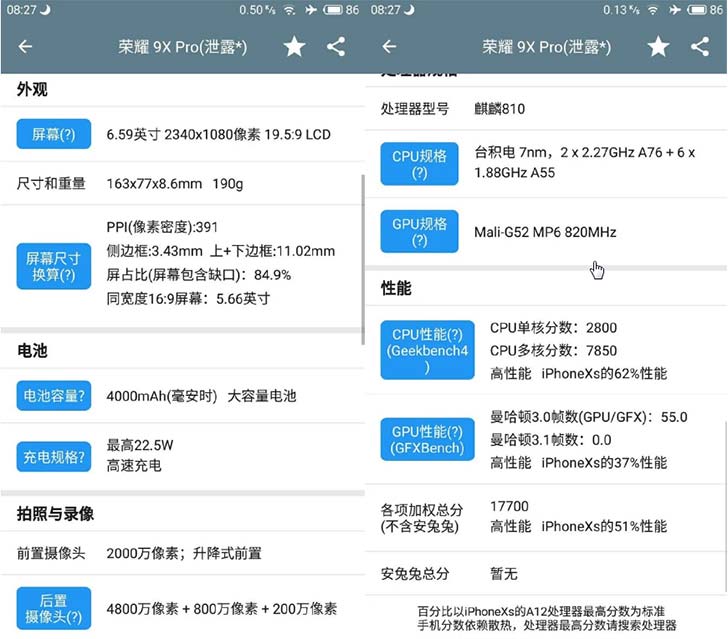 The mobile phones are also said to come with the fingerprint scanner but it's not yet clear if it will be an in-display reader or will be mounted on a side. You can also expand the storage further by using an external MicroSD card on both smartphones. The pair also has a 3.5mm audio jack, that's mostly being ditched in the newer phones.

The Honor 9X and 9X Pro are launching in China on the 23rd of July and are confirmed to arrive in Pakistan. The exact date of Pakistan Launch is not yet revealed but is expected to be around August end or first half of September. We’ll keep you updated once we have more details on the handsets.